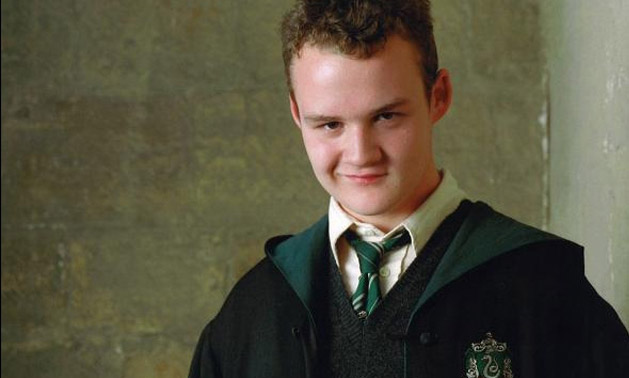 Despite the fact that the Harry Potter movies made $7.7 BILLION not everyone who appeared in the films has gone on to further acting greatness. In fact, of the kids, the only ones to have a modicum of post-Harry Potter acting success are Emma Watson, and to a lesser degree, Daniel Radcliffe and Tom Felton. Heck, not even Ron Weasley himself, Rupert Grint, has done much since the final film in 2011.

And those were just the main kids involved in the Harry Potter film series. There were also the actors who played the main characters supporting cast throughout all eight films. One of those kids was Josh Herdman, who played Draco Malfoy’s lackey Gregory Goyle.

After the Harry Potter films wrapped up, Herdman has only dabbled in acting, appearing in some unremarkable films. Now, however, at age 30, he has a different focus: mixed martial arts. And you won’t even recognize him.

After winning his first amateur MMA bout in 2016, Herdman spoke to VICE about his rather drastic career change.

“It’s always been a goal of mine to be in the cage,” Josh tells me. “I’d just finished filming [Harry Potter and the Deathly Hallows: Part 2] when I started training. I’ve been training in Japanese jujitsu for nearly five years. But I decided to focus all my attention into [MMA] this year, so I’ve really been doing it four or five months.”

Josh’s new career choice might come as a shock to some, but a quick glance at his family history makes it easier to understand: “My dad was a professional boxer, so he taught us how to punch from a young age,” he explains. “I’m confident with my punching and my boxing, but I think I’m strongest on the ground.”

This past Saturday, February 17th, Herdman had his second amateur MMA fight for Rise of Champions and once again snagged a split decision win.

Yes, that is the same guy who played Gregory Goyle. Crazy, huh?

Herdman told VICE back in 2016, “It’s a beautiful sport. Brutal in a way, but it’s a beautiful art form. If one person who loves the sport sees that a Harry Potter actor can fight, they’ll be like – ‘Jesus, if he can do it, I can do it!”

Yeah, not sure about that, but it’s a nice thought.