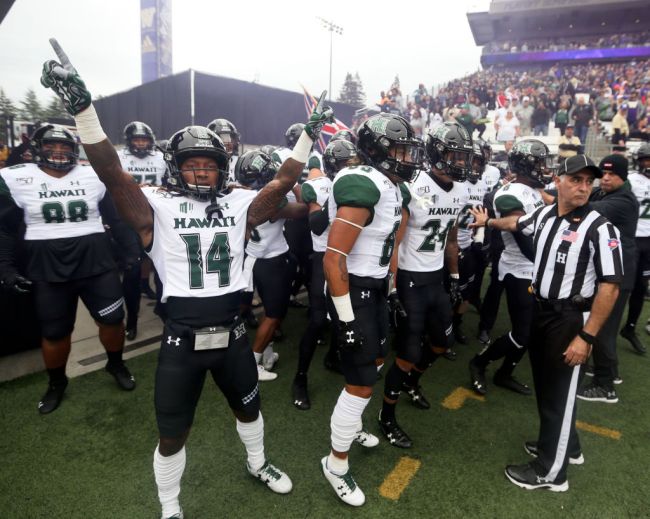 College football is back. In less than 72 hours, two teams will take the field in a regular season game that actually counts toward the standings. Fans will be in the stands, tailgate grills will be back in the parking lot and beers will be poured.

As Saturday’s slate of games plays out, Hawaii is set to travel to UCLA for an intriguing West Coast matchup. The Rainbow Warriors will face the Bruins in Los Angeles to open head coach Todd Graham’s second year.

Every season around this time, programs begin to release their media guides. Hawaii is no exception and it’s always something to look forward to.

The best names in Division-I football.

Naturally, the University of Hawaii has quite a few players from the state. More than half of the 115-man roster hails from in-state and California alone. It also includes six players from American Samoa.

As a result of their regional recruiting, the names on the roster are rather unique. Some of the highlights include:

A crucial component of the media guide is the pronunciation guide. The section provides phonetic breakdowns of each name and Hawaii’s is rather packed.

There is no other team in the country with a deeper, more exciting guide. Going through and trying to read the names without reading the pronunciation guide, and then comparing your pronunciation to the correct pronunciation, is a tradition unlike any other. 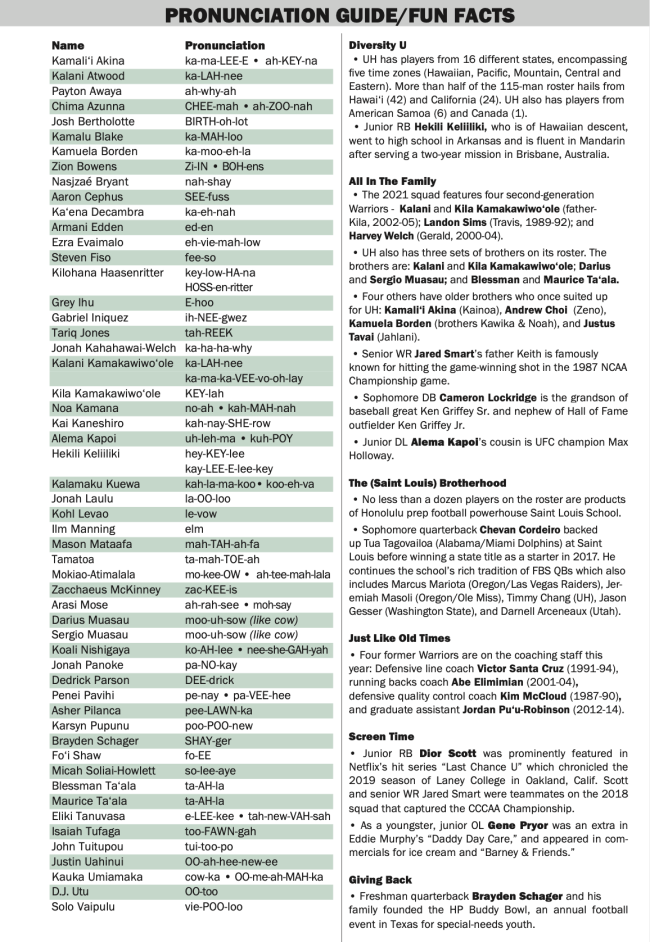 Another interesting tidbit on the guide is at quarterback. Sophomore starter Chevan Cordiero backed up Tua Tagovailoa in high school before winning a state championship in 2017. He continues Saint Louis High School’s pipeline of quarterbacks that includes Marcus Mariota, Jeremiah Masoli and Timmy Chang, among others.

Cordiero’s name isn’t particularly difficult to pronounce, however, so it’s not quite as fun to say as Tamatoa Mokiao-Atimalala.