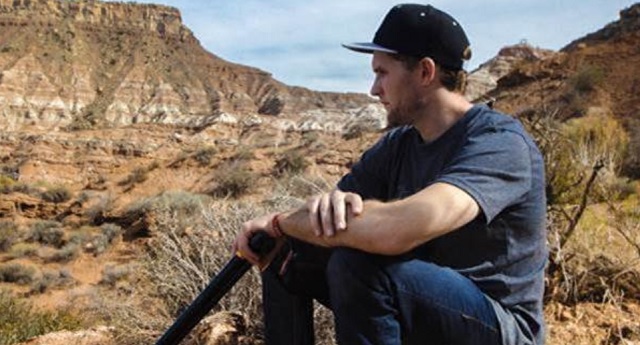 Every year, over 250,000 people around the world suffer spinal cord injuries and the unfortunate reality is that they could happen to any one of us on any given day.

Tonight at 9pm est, HBO sports is premiering “Any One of Us”, a documentary from Red Bull Films that chronicles professional mountain biker Paul Basagoitia’s remarkable road to recovery after he suffered a spinal cord injury that left him paralyzed. 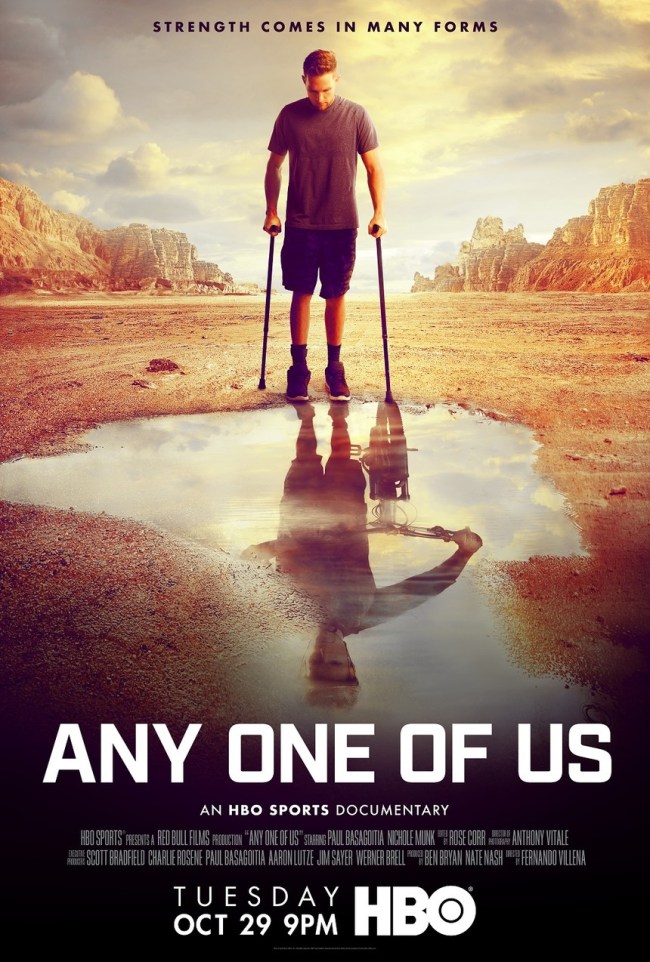 The documentary, directed by Fernando Villena, follows Basagoitia’s progress over the span of two years after a devastating crash during a practice run at the Red Bull Rampage in 2015 that caused a burst fracture of his 12th vertebra and a partially-severed spinal cord.

Even when he was told by one doctor “there’s a solid chance he’s not going to walk again”, Basagoitia refused to be confined to a wheelchair for the rest of his life and used the relentless determination that made him a successful athlete to work hard in rehab in an attempt to be able to walk again.

Immediately after learning that he was paralyzed in the hospital, Basagoitia, who had experience filming himself during his biking days, began to document his journey while still in ICU. These intimate personal videos taken by Basagoitia provide a glimpse of the high and lows of his recovery as he moves from the hospital to rehab, and back to his home where he tries to build a new life for himself and for his girlfriend, Nichole, who was by his side throughout the journey.

While the film mostly follows Basagoitia’s recovery, interviews and stories from seventeen other victims of spinal cord injuries are included throughout the film to shed light on the struggles that Paul had to deal with on a daily basis.

Hear their stories firsthand and the hope that inspires them to carry on.#AnyOneOfUsHBO premieres tomorrow, October 29 at 9 PM on @HBO. pic.twitter.com/mVljaybHjk

‘Any of Us’ does a good job of detailing the realities of living with spinal cord injuries through the story of Paul’s recovery and the accounts of others who have lived through the injury. I can’t say that it’s an easy watch but it’s definitely fascinating to see someone like Paul never give up hope despite the odds being so stacked against him.