HBO’s ‘Momentum Generation’ Delivers A Fascinating Inside Look At The Complex, Lifelong Friendships Between The Surfer Bros Who Revolutionized The Sport In The 90s 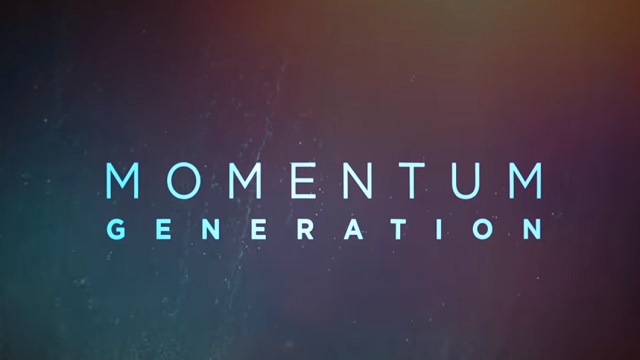 Inspired by Taylor Steele’s revolutionary early 90’s surfing short “Momentum”, HBO Sports takes a deep dive into the fascinating world of surfing with their new feature documentary ‘Momentum Generation’ directed by Jeff and Michael Zimbalist, the directing duo that brought us the critically acclaimed ESPN’ ’30 for 30′ docs The Two Escobars and Youngstown Boys.

Momentum Generation sees a group of young teenage boys who grew up in broken households and terrible family situations band together to form a unique brotherhood on Hawaii’s North Shore and become the most influential surfers of their generation.

Momentum Generation relies on interviews with the surfers and an insane amount of archival footage to tell the story of the Momentum crew’s complex relationship throughout the years.

The documentary begins by showing how the crew formed at Benji Weatherley’s house where his single mother opened their home to a band of misfit teens. The film explains that while staying at Benji’s crib the core group pushed each other from being scared kids to bona fide pros who regularly surfed the biggest, scariest waves on any given day. At this point the crew’s enthusiasm about recounting their glory days is evident and you can tell this the moment they want to remember the most about their relationship with each other.

The tone of the doc quickly changes once the guys talk about leaving Benji’s house to join the pro tour where they were pitted to compete against each other. At the time the Australians, who were vicious competitors, dominated the tour.

Shane Dorian: “The Australian guys were so dominant at the time. They had so many world champions. They were this old guard in the tour that we all looked up to. I’d see these guys I’d seen in the magazines. I was so starstruck. And then we’d get in heats with them and they were so willing to do anything it took to beat us. And I mean anything.”

As the crew battled the Aussies and moved up in the ranks A bitter rivalry formed between the insanely competitive Kelly Slater and easy-going Rob Machado that tore the crew apart. Slater and Machado’s professional feud came to a head at the 95 finals where some shady stuff went down that went on to affect the pair’s relationship going forward.

As time passes the Momentum crew is forced to deal with tragedy, the disillusionment of being on the pro tour and the reality of life after professional surfing.

‘Momentum Generation’ tells the story of youthful camaraderie, rise to fame, eventual downfall, ultimate redemption. and lifelong friendship of one of the most influential crews in the history of surfing all told by the major players who lived it.

What I personally think the doc does best is it allows the surfers narrate their story and for the most part you feel like they’re all being genuine and honest about their feelings.

The story of Momentum Generation is a universal one and you don’t have to be a surfing aficionado to enjoy it but even if you know all the history I think there’s still plenty of new tidbits about the relationships of these legendary surfers that makes it worth a watch.