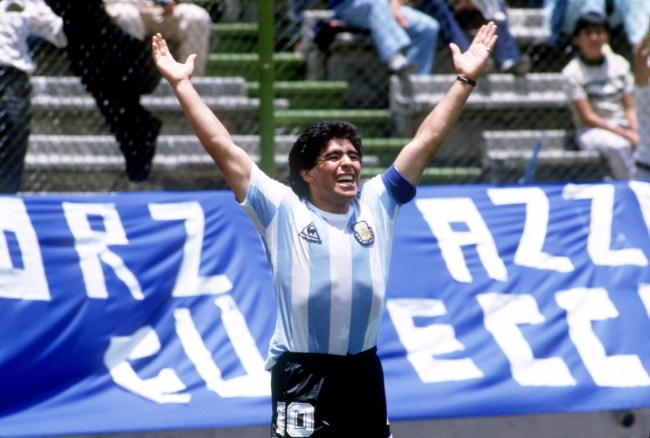 The Argentinian soccer legend is the focus of HBO’s latest documentary feature ‘Diego Maradona’, which airs Tuesday, Oct 1st at 9pm on HBO, is a deep dive into one of the most celebrated and hated athletes of all-time during a crucial period in his career.

The movie is directed by Oscar-winning director Asif Kapadia (Senna,Amy), who with access to 500 hours of never-before-seen footage from Maradona’s personal archive and decades-old news footage, was able to shed light on the player’s time with Napoli from 1984–1992 where he was at the height of his career and also saw some of the lowest points in his life. 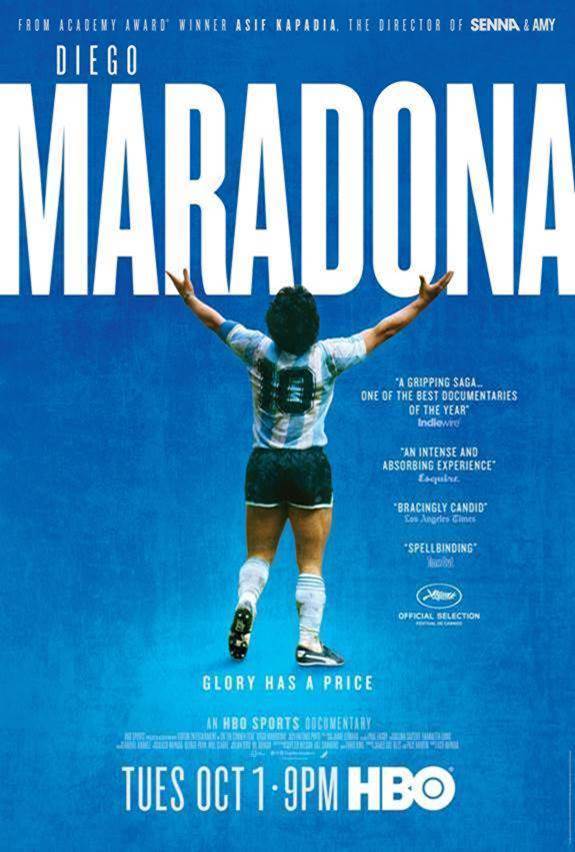 In the doc, Kapadia decides to ditch a traditional narrator and instead opts to allow previously unseen interviews conducted with former trainers, girlfriends, and Maradona himself that makes you feel like a fly on the wall watching the Argentinian’s life unfold in real-time.

Kapadia doesn’t spend too much time on Maradona’s youth, his two years at Barcelona or his 1986 World Cup run with Argentina. Instead, the movie opens with Maradona being greeted by thousands of Napoli fans as he attends his opening press conference where he’s asked how feels about the team’s involvement with the mafia. (You can see the press conference scene from the doc in the video below)

As Maradona’s profile rises and he’s treated like a god by those in Napoli many of those closest to him lament that he’s much like Jekyll and Hyde. Maradona’s longtime trainer Fernando Signorini explained that he loved being around his good friend Diego but that he hated being around his alter-ego “Maradona’.

I learned that there was Diego and there was Maradona,”. “Diego was a kid who had insecurities, a wonderful boy. Maradona was the character he had to come up with in order to face the demands of the football business and the media. Maradona couldn’t show any weakness. One day I told him that with Diego I would go to the end of the world, but with Maradona, I wouldn’t take a step.”

Eventually, the scandals involving prostitutes, side chicks, drug dealers and the mafia unfold and one of the greatest athletes of his generation had one of the most devastating falls from grace that left the exuberant and extremely social Maradona lonely and depressed.

Diego Maradona’s life is an enthralling cautionary tale and in the hands of a gifted director like Kapadia makes it a must-see even if you are not a soccer fan.

‘Diego Maradona’ has been getting high praise from journalists and I can confirm that it’s easily the best sports documentary I’ve seen this year.

Diego Maradona is available October 1, 2019, starting at 9 p.m. on HBO and all of HBO’s digital platforms (HBO GO, HBO Now and HBO on Demand).