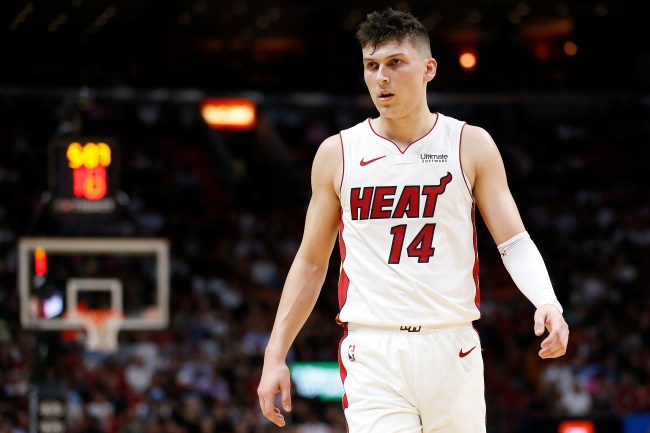 The NBA season on indefinite hiatus but Miami Heat’s Tyler Herro is putting on plenty of work off the court.

When the NBA officially shut down in late March Herro randomly decided to shoot his shot at IG model and Kyle Kuzma’s ex-giflfriend Katya Elise Henry.

Fast forward a month and Herro is making videos with Ms. Elise Henry on Instagram and they seem pretty close.

Unfortunately, Herro might be feeling himself too much after snagging Elise Henry.