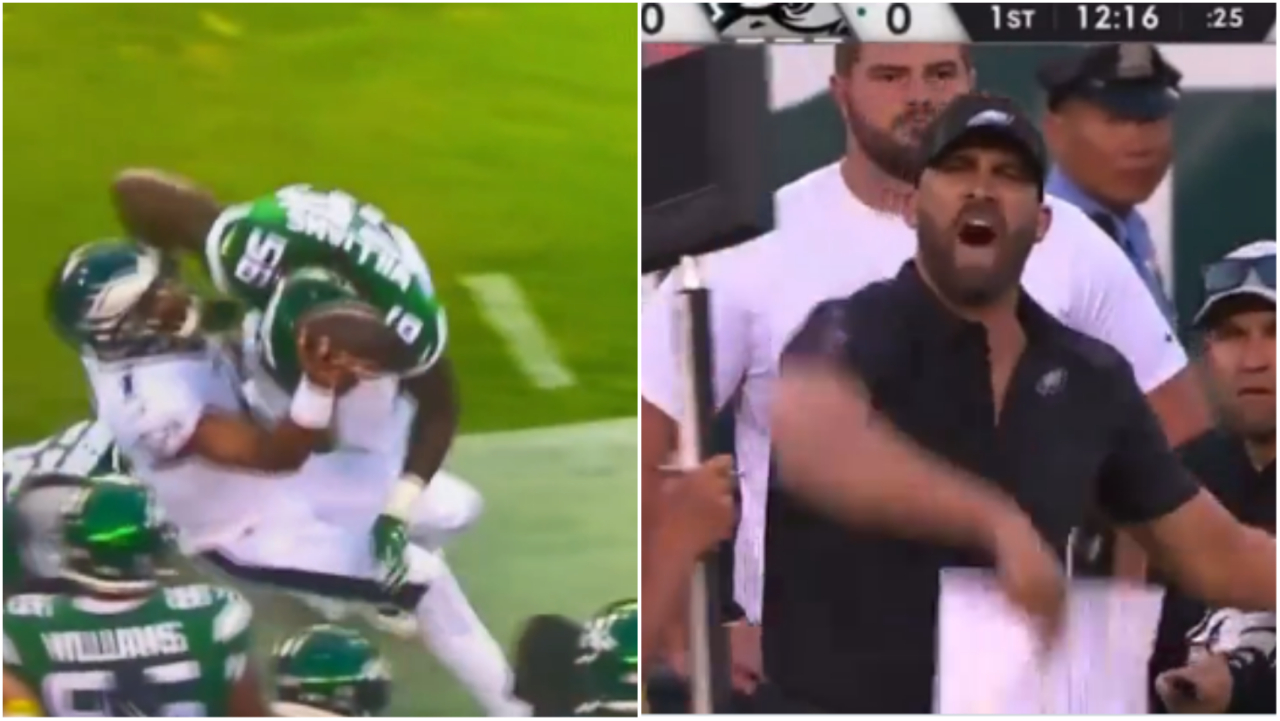 Nick Sirianni got pretty heated during the Eagles preseason game against the Jets on Friday night.

While running out of bounds, Jalen Hurts got hit late by a Jets defender, which many Eagles fans felt was a cheap shot.

VERY late hit on #Eagles QB Jalen Hurts while he's out of bounds.pic.twitter.com/Oic13T9Yz2

Another look at the late hit on Jalen Hurts.pic.twitter.com/3kkaTlYAFC

An absolutely irate Sirianni could be seen cursing up a storm on the sidelines after the hit on Hurts.

Nick Sirianni right after the hit on Jalen Hurts: