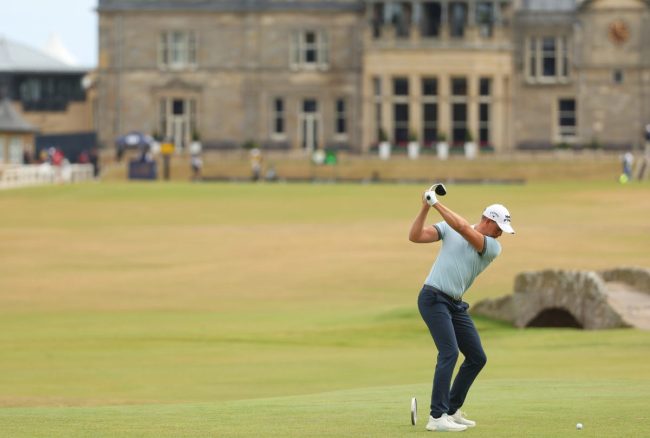 It’s official. Golfer Henrik Stenson is off to the LIV Tour, leaving behind his 20+ years on the PGA Tour. The decision was one that was expected, as he was stripped of his Ryder Cup Captaincy earlier today.

“After much consideration I have decided to join several of my fellow professionals and play in the LIV Invitational Series starting at Bedminster in a week or so’s time. My interest in this concept has been well documented over the past few years and despite some of the unfortunate and ongoing tension between LIV Golf, the DP World Tour, and PGA Tour, ultimately, the opportunity to play in LIV events moving forward is something that I want to experience.”

It looks as though he will make the switch quickly as he plans to play in the Bedminster tournament which starts on July 29.

Stenson also addressed being stripped of his Ryder Cup Captaincy in his statement, saying he’s “disappointed” with the decision.

“Unfortunately, my decision to play in LIV events has triggered Ryder Cup Europe to communicate that it is not possible for me to continue in my role as Ryder Cup Captain. This is despite me making multiple arrangements with LIV Golf, who have been supportive of my role as Captain, to ensure I could fulfill the obligations of the Captaincy. While I disagree with the decision, for now it is a decision that I accept.”

Stenson goes on to make the same comments on the reasoning behind his decision, noting scheduling, format, and caliber of player while conveniently leaving out any commentary on the paycheck he will receive.

Many call him a snake for leaving his Ryder Cup residency.

Others just want him to be honest and say it’s a money decision, not a golf decision.

LIV golf format is something I really want to experience 😂. More than being the captain of a Ryder Cup team? All that spiel when all you needed to say was the truth ‘I did it for a shit load of money’

Henrik, just be honest, it was a bucket load of cash and you couldn’t resist it, like the rest of the guys.

Will always love your game (especially those mid-irons!) but what a disappointing thing to do.

While Stenson doesn’t have the draw of say, a Dustin Johnson, this will impact the PGA.

The Stenson move won’t bring many eyeballs to LIV, but that’s not the point. They’ve now decimated the pipeline for Euro Ryder Cup captains for the future. Ultimately trying to force other parties to the table by taking all their guys, it seems. Machiavellian.

We’ll see how this all works out for Stenson.