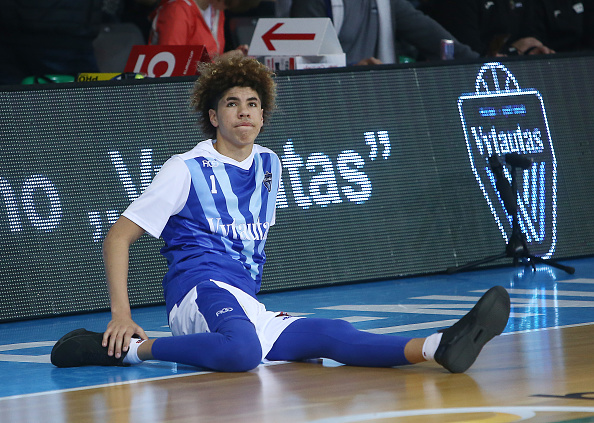 Earlier this week, LaVar Ball made headlines when he announced that his son was going back to high school to play basketball AT Spire institute in Ohio after he spent a year off playing professionally in Lithuania and in the JBA.

My youngest son Melo has decided to complete his Senior year of highshool at Spire Prep Academy in Geneva Ohio. He will earn his highschool diploma, and help lead his new team to W’s!
The Greatest Show in Highschool Hoops is Back! #classof2019 #MB1 #BBB pic.twitter.com/Ryhg37WPCr

I’ve decided to return to highschool and complete my senior year. I thank my dad for the JBA Experience and playing overseas. I’ve been accepted to attend Spire Prep Academy in Geneva, Ohio where i look forward to earning my highschool diploma and winning with my new team! pic.twitter.com/FQzta0PiNE

It seems like LaMelo’s decision is causing some friction within the high school basketball scene because one of Spire’s opponents has canceled their game because of Melo’s professional experience.

La Lumiere has canceled Tuesday’s boys basketball game against SPIRE Institute, which now features LaMelo Ball. The game was scheduled to be Ball’s debut with the team.

“The scholar-athletes at La Lumiere School are here to prepare in every way for success at the college level,” the school said in a statement. “We aim to put together as competitive a schedule as possible for our team, but we have never played against a team whose roster included any players who have played at the professional level. With the recent news that someone who has played professionally intends to play for SPIRE Academy, we are not comfortable moving forward with our game slated for next Tuesday against SPIRE.”

LaMelo ended up playing first game against another school and played pretty well according to highlight videos on Youtube.