The Hollywood Police Dept. Is FED UP With Antonio Brown’s B.S. And Blasts Him In Statement 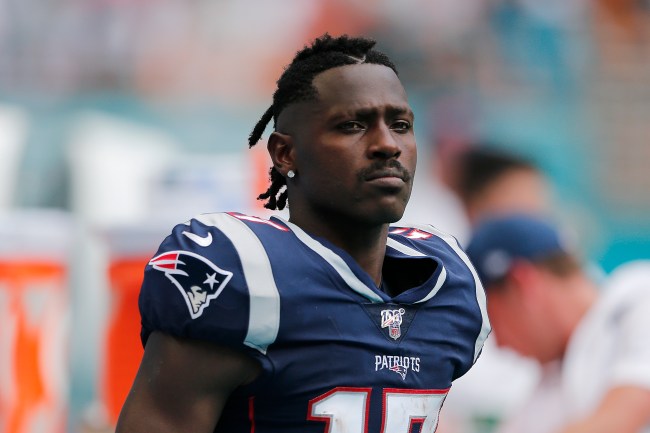 The Hollywood police department is fed up with Antonio Brown’s antics.

Hollywood police have been called out to Brown’s home several times in the last few months to diffuse a domestic squabble between him and his baby mama Chelsi Kryiss and every time they’ve gone out there they get berated and cursed at by Brown.

Antonio Brown had the cops at his house today. Calling the police “pussies” and telling them to “get the fuck out of here” should help him land a NFL job real soon. #NFL100 #antoniobrown #FantasyFootballAdvice pic.twitter.com/a55Rk0I0ef

Antonio Brown going off on the Police and His Ex. #NFL pic.twitter.com/qlqsa1j1c3

After Brown’s latest incident Hollywood police released a statement blasting the former NFL wide receiver. They went on to say that they were returning all donations made by Brown to the police athletic league and that he was no longer able to volunteer with children through the organization.

Hollywood police said this is the third domestic incident involving Brown in their city in the past three months and they’re tired of it. They’re so tired of it that they told Brown he’s no longer welcome as a benefactor and volunteer with the PAL youth football team.

“These incidents have caused an irreparable rift between the Police Department and PAL and Mr. Brown,” police spokesperson Christian Lata wrote in a statement.

He added, “We did not want our youth to be subject to this type of behavior nor emulate the actions of Mr. Brown.”

The video posted online Monday appeared to be the final straw in the relationship.

“Mr. Brown was very rude and disrespectful,” Lata wrote. “He used very degrading language in front of his young children.”

The police department said they gave Brown back the money he donated to the league.

“We will not take money from a donor that we cannot have our youth be proud of or represent our organization,” Lata wrote.

Police said they attempted to have a conversation with Brown but efforts were unsuccessful.

I respect authority with police the injustice just so unfair I had the biggest cop chase at @FIU ask Mario Cristobal in 2007 about the police how they had me gun point no reason then kicked me out school; pittsburgh police pulled me over before a game 2018 vs Carolina y us y me