Homeless Man Helps Chiefs’ Jeff Allen Dig His Car Out Of Snow To Get To Playoff Game, Allen Gives Him Awesome Gift 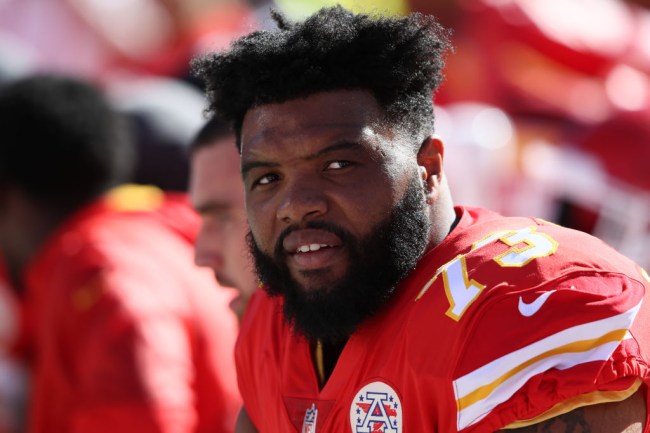 Please prepare your feels for activation.

Hours before the Chiefs playoff win over the Colts at Arrowhead, Chiefs offensive lineman Jeff Allen was in a bit of a pickle. The 6’4”, 300-pounder’s car was stuck in the snow and showing no signs of working itself out.

That’s when a good Samaritan named Dave Cochran came to the rescue.

“I was driving down (U.S.) 40 highway and saw a couple cars stuck,” Cochran said. “I pulled one car out before that then I saw another car stuck and I told my old lady, ‘We have to help him.’ . . . He wasn’t use to this weather. He isn’t use to this coldness. He is from Texas. . . . “(I) just pulled over,” Cochran told KSHB’s Steven Dial. “I went to help him then he told me he was a Chiefs player. I didn’t know he was a Chiefs player. I looked at him as a normal person, and hoped he would do the same for me like I did for him.”

It has since been reported that Dave Cochran is a homeless man who lives in his truck with his girlfriend and small dog.

After the win, Jeff Allen made an attempt to find the good Samaritan on social media to give him tickets to the AFC Championship game Sunday against the Patriots.

My car got stuck in the snow before the game & a nice guy named Dave help pull me out without knowing I was a player. I want to give him tickets to the AFC championship game for helping but don’t have a way to contact him. He drove a 97 or 98 Black Suburban. Pls RT #ChiefsKingdom

Update: Despite the recent influx in people changing their name to Dave in the KC area lol, I was actually able to track down the Dave that helped me thanks to the power of social media and #ChiefsKindgom. Thanks for your kindness https://t.co/e4OkEg6AAw

As expected, Dave’s good deed has earned him a lot of attention, but that was just a tangential benefit of a kind gesture, plain and simple.

“That’s a natural habit for me is to help people,” he said. “I don’t expect anything in return. All I was expecting was a thank you.”

When he learned that the Chief’s lineman was gifting him tickets to what promises to be an instant classic, Dave was overwhelmed.

“It’s like a dream come true,” Cochran explained. “I saw the message this morning, and I am not going to fake with you, call me soft if you want to homeboys, I started bawling to know he is a man of his word and he reached out to contact me.”

Despite what you’re father has taught you, it’s okay to cry, bro.