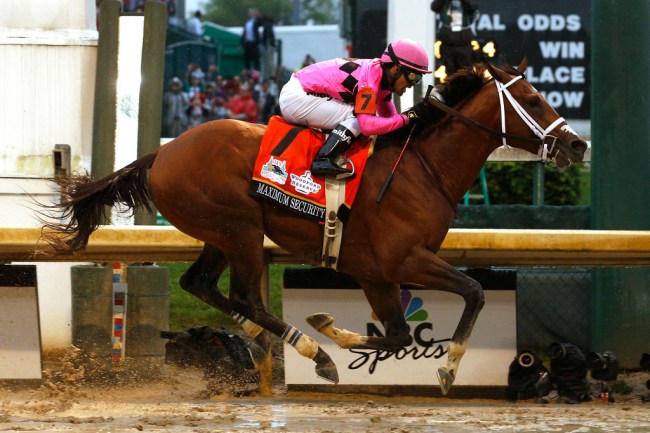 We’ve got ourselves one hell of a drug scheme bust in the horse racing world, folks.

It was reported by ESPN on Monday that a total of 27 horse trainers, veterinarians, and others have been charged in Manhattan federal court for what authorities described as ‘a widespread international scheme to drug horses to race faster.’

Among the most notable people charged was trainer Jason Servis, who is the trainer of Maximum Security who initially won last year’s Kentucky Derby before being disqualified for interference. Servis was accused of using PED’s on ‘all the racehorses under his control.’ Maximum Security won a large number of races last year and took the $10 million winner’s share at the Saudi Cup, which is by far the world’s richest race.

Prosecutors noted in the indictments that professional horse racing is a $100 billion industry followed by millions of fans worldwide, leading racehorses to sell at auction for well over $1 million.

This initial report is certainly just the start of what is to come in this situation as it’s safe to say much, much more will come of this.

The Kentucky Derby is fast-approaching as it is scheduled for May 2.