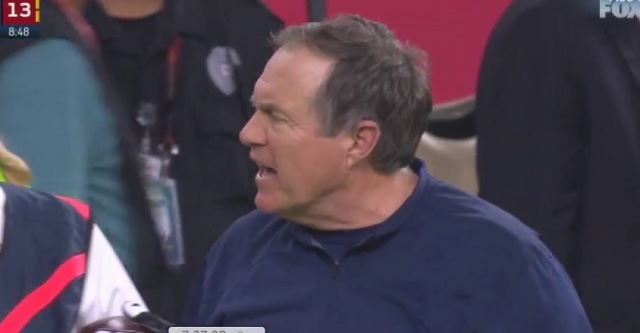 Bill Belichick is a fiery dude. So it was probably not a good idea for Fox to keep him micd up on the sidelines after a ref called his team for an encroachment penalty during the Falcons extra point.

Here’s Belichick cursing out the ref “that’s fucking bullshit, he was over the guard not the fucking center”