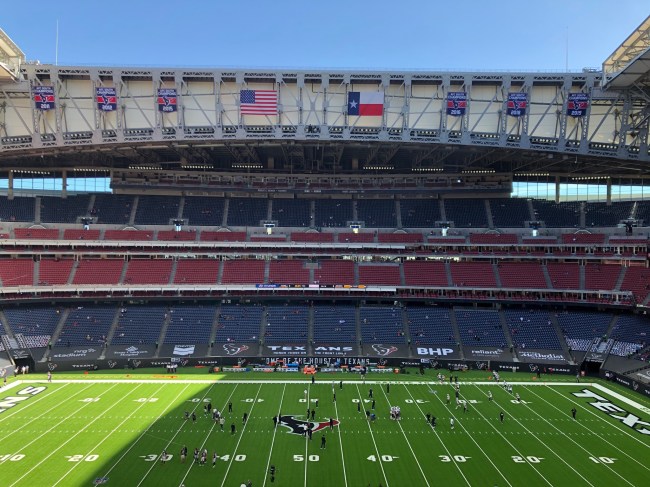 NRG Stadium in Houston, Tex. first opened as Reliant Stadium in 2002 after two years of construction. $48 million of the estimated $450 million project was designated to building a retractable roof, making the Texans the first organization in the NFL to boast one. However, until Sunday, it had been closed for six years.

For the 1st time in 6 years, the roof will be open at NRG Stadium.

The last time the roof was open:
– Kevin McHale was coaching the Rockets
– AJ Hinch had just been hired by the Astros
– Deshaun Watson was a freshman at Clemson
– Optimism for 1st year head coach Bill O’Brien

The franchise had not opened the roof for a game since Nov. 30, 2014 when Zach Mettenberger, Jake Locker and the Tennessee Titans fell 45-21 to a Ryan Fitzpatrick-led Houston team. It takes about 10 minutes for the roof to completely open, but if it is closed for the game’s opening kickoff, it must remain closed for the entire game. The NFL also stipulates that once the decision is made to open the roof, it must be opened no later than when pregame warmups begin.

For the roof to open, by Texans standard, there must be no chance of rain and the temperature must be between 50 and 80 degrees. However, even when that has been the case in recent history, the roof remained close. It begs the question as to why taxpayers were forced to pay $50 million for the city to build a retractable roof stadium, if it won’t be used more often.