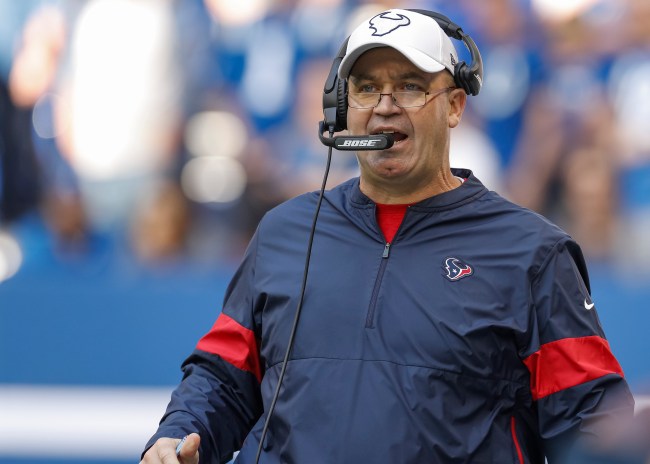 The Bill O’Brien era is over.

The McNair family, which owns the team, fired O’Brien after the Texans fell to 0-4 on Sunday, losing to the previously winless Minnesota Vikings.

After announcing the firing, the Texans thanked Bill O’Brien with a tweet.

The Texans’ “Thank You” tweet immediately got trolled by fans who disliked O’Brien during his tenure with the team.

Yeah thanks for not waisting any more of my teams time https://t.co/4OSymzlJOZ

Yeah thank him for watson leaving, and fucking up the Texans future https://t.co/wQ0y6KyQZQ

For what? High blood pressure and unnecessary stress? Nah but thanks for your early years. Peace out bro 👏🏽 https://t.co/B4Cl8bi0RK

yes thank you for constantly coming up short, horrible decisions, and trading javedeon clowney and deandre hopkins for absolutely nothing 🙏🏻 https://t.co/TUZyucDdqr

Nah, nope not gonna get a thanks from me dog https://t.co/zqQSANsfGU