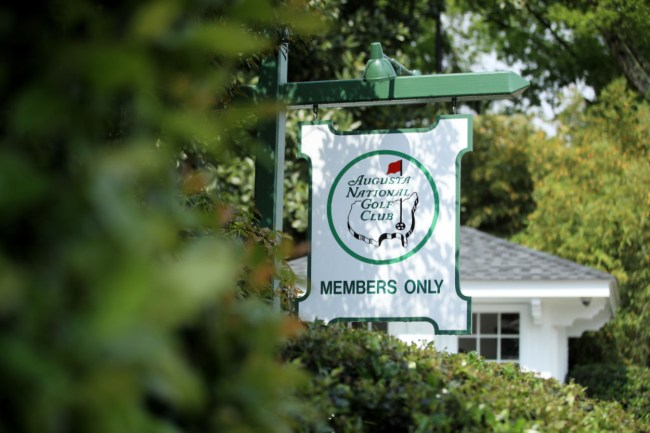 Whether you’re a super casual golfer or take the game seriously, you and your golf buddies have undoubtedly talked about how much money you’d be willing to pay to play one round at Augusta National.

Given the fact that getting on Augusta National is about as difficult as walking through the front door of the White House, the majority of golfers out there would pay more to play Augusta than any other course on the planet.

The results of a new survey from Time 2 Play confirm just that.

They asked over 1,000 golfers in various income brackets how much money they’d be willing to spend to play a round at Augusta National and the results were eye-opening.

Here’s the breakdown of what golfers would spend based on their yearly income:

The average income of the respondents was just over $71,000 and the average amount they would spend to play came out to be $1,165.

Some people seeing those figures may think everyone that participated in the survey has lost their mind. Others, however, look at their income brackets and the money people would spend and think that number is on the low end.

There are golfers out there that would literally hand over the keys to their car to play a round at Augusta National. I’m not saying I’m one of those people, but I’m also not saying I’m not.

The average number of $1,165 was surprising to see. I thought that the number would have been closer to the $3,000 mark, or even higher.

What Golfers Would Do To Play Augusta National

The survey also asked golfers what they’d be willing to do in order to play a round at Augusta.

Here’s a look at the five things people would most willingly do to get on the course:

43.2% of people would shave their head

35.8% of people would stop drinking for a year

35.1% of people would give up video games for three years

27.9% of people would quit golf for a year after the round

21.3% of people would quit drinking for three years

The most eye-opening statistic may be the fact that 9% of respondents said they’d give up sex for a year to play one round at the home of the Masters.