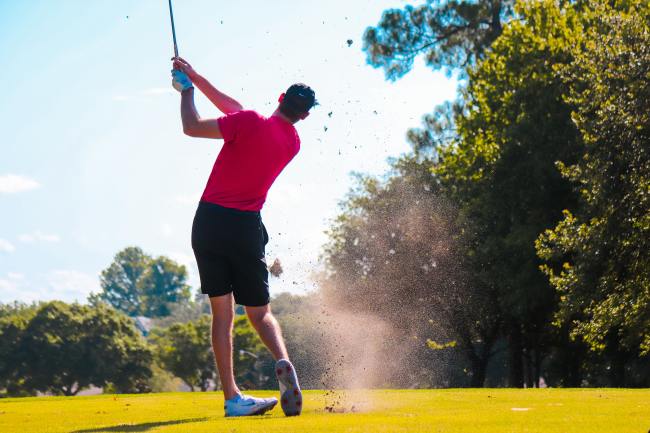 There are very few things in life better than hitting the links with your buddies. It’s one of the best ways to escape from reality, not take yourself too seriously, get outside, and catch up with your mates. It doesn’t matter if you’re a scratch golfer or can’t break 100, it’s about having a good time if you’re a regular, recreational golfer.

But, even if you are just a weekend warrior, you need to always come prepared. There’s nothing worse than playing golf with someone who couldn’t care less and let’s you know about it by showing up to the course without having one single clue about what’s going on.

5 Ways To Be Ready For A Round Of Golf

When we say be prepared, this doesn’t mean taking some practice swings at the range before your round, although that always helps.  Instead, show up with plenty of golf balls, tees, and most importantly a not-so-serious demeanor that’s going to bring down the levels on the first tee. Keep things simple, you aren’t Tiger Woods, you’ll never be Tiger Woods, so have fun with it, after all, that’s what you’re here to do.

Also, and this is a big one, don’t discourage any of your playing partners if you happen to be better than them. Yes, you can absolutely joke around with them, but there’s a fine line between joking and actually turning people off from the game of golf. The game of golf is hard, don’t make it harder for someone who is out there just looking to hit a little white ball around with the fellas.

Golf fashion, style, and standards are changing. Depending on where you’re playing, maybe you can get away with an untucked polo and jeans, or maybe you’re playing at a private club where you’ve got to dress much nicer than the state of your game. Just know the type of place you’re teeing it up at.

A good rule of thumb is to overdress if you’re playing somewhere you’ve never been. I’m not saying wear a $500 outfit to the course, but showing up with your shirt tucked in with a belt and some tennis shoes or golf shoes never hurt anybody.

Relax And Stop Taking Yourself So Seriously

You’re going to deal with some good breaks and some bad breaks out on the course. Cherish the good breaks and laugh off the bad ones, and certainly don’t be ‘that guy’ that screams at the top of their lungs after a lipped-out putt or poor tee shot. You don’t play golf professionally, you play it recreationally.

Here are a few unwritten rules to remember while on the course:

Maybe Don’t Drink Too Much

Someone will inevitably be the belligerent one in your group if the drinks start flowing, don’t let that person be you.

First and foremost, nobody wants to babysit someone else while they’re trying to have a good time on the golf course. Second of all, having too much to drink on the course then ruins the rest of your day. Pace yourself, you’re going to be out there for at least four hours. You probably wouldn’t delete 23 beers in four hours anywhere else, so maybe don’t do that on the golf course.