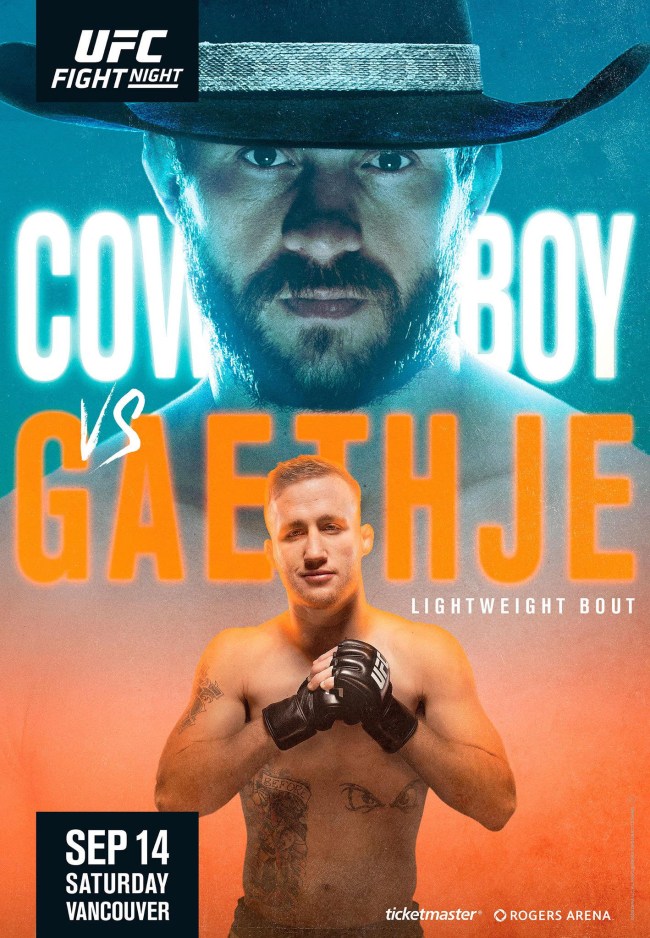 Trying to watch UFC Fight Night Vancouver tomorrow night at 5 p.m. EST? You’re in good company, because it’s one of the hottest tickets in town, with every UFC fan flocking to take in the hard-hitting action that offers up a tasty main card featuring Donald Cerrone against Justin Gaethje, as well as some monster preliminary fights — like a co-main event of Glover Teixeira versus Nikita Krylov.

While it’d be dope to snag tickets to the event in the Rogers Arena in Vancouver, the next best place is streaming Fight Night from ESPN+, which is the only place broadcasting the event — and you don’t want to be the one guy who doesn’t witness the drama that’s sure to unfold this weekend, right?

The main event pits former UFC lightweight title challenger Donald Cerrone against ex-World Series of Fighting lightweight titleholder Justin Gaethje, with Cerrone AKA “The Cowboy” entering the contest as the No. 4 ranked 155-pounder, and Gaethje at No. 5 — so, on paper, things are neck and neck. With the winner of this bout potentially set up in a lightweight title eliminator in their next outing, it’s a fight with lots on the line.

Both Glover Teixeira and Nikita Krylov are top-15 ranked light heavyweight competitors, with each hoping to stay in the championship belt mix in the 205-pound division. While Teixeira is approaching 40 years old and his competitor is still just 27, it’ll be interesting to see if experience or youth prevails in this even fight. Although they have more than a decade separating them, the winner could be thrust into the division’s upper echelon, and both will scramble like hell to prove they deserve the distinction. 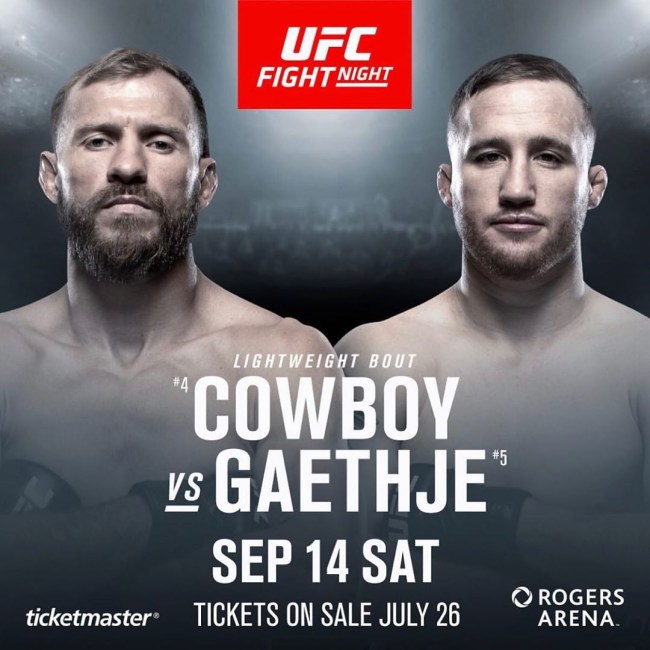 And, for those mega UFC fans, remember that ESPN+ is the exclusive home for all the badass action inside the Octagon. So, if you’re already planning on watching UFC 239, you might as well score yourself all the dope content the streaming service offers. Here’s a quick glimpse at the programming on ESPN+ that you’ll get to watch all the hard-hitting action.

Remember, you can get a full year of ESPN+ by paying $79.99, which is a mega-deal considering all the incredible sports content you get hooked up with.

If you’re a sports fan, ESPN+ is the one-stop shop to consume all sorts of your favorite content. From the entire catalogue of 30 for 30s, college football games and coverage, live events or original series’ like Peyton’s Places, among others, every single sports fan should include the streaming service into their monthly budget.

Remember, a yearly plan on ESPN+ is only $79.99, so now’s the time to get yours so you never miss top-notch UFC and sports content.