Hue Jackson Says There’s ‘No Way’ The Browns And Seahawks Had Actual Discussions About A Russell Wilson Trade, But That May Not Be The Case 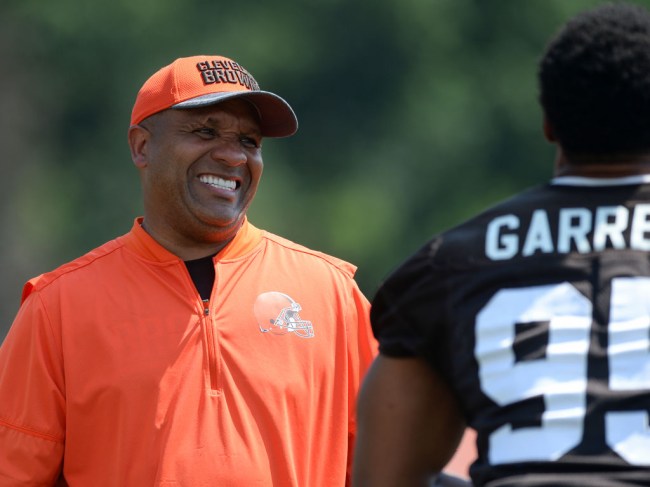 Hue Jackson was fired by the Browns in October of 2018 and somehow there are still untold stories coming out about his three-year tire fire of a campaign in Cleveland. The man did post a 3-36-1 record as the Browns head coach, so the fact that there are what seems to be an infinite number of head-scratching stories shouldn’t be all that surprising.

On Thursday, Pro Football Talk reported that before the Seahawks signed Russell Wilson to his record-setting four-year, $140 million contract in April of 2019, Seattle actually entertained the idea of trading Wilson to Cleveland ahead of the 2018 NFL Draft. The Browns, of course, went on to select Baker Mayfield with the No. 1 overall pick that year.

The trade was discussed ‘conceptually’ and it turns out that Jackson doesn’t think any sort of serious discussions took place at all. Not only did he appear on CBS Sports Radio and say “I’ve never heard something so crazy in my life,” he also joined The Pat McAfee Show on Friday morning and simply said there’s “no way” any Wilson to Cleveland trade talks happened.

Jackson’s argument of ‘if there were trade talks, I would have known about it’ makes perfect sense, after all, he was the head coach. Then again, this is the Cleveland Browns we’re talking about here, a team that kept Jackson around for almost three full seasons after winning a total of three games over a stretch of 40.

Regardless of whatever may or may not have happened behind closed doors involving a possible Wilson deal, Cleveland is stuck with Mayfield under center and will be entering the season hoping to snap its 17-year streak of not making the playoffs.