Hugh Freeze To South Carolina? Paul Finebaum Thinks He Could Turn Down The Gamecocks 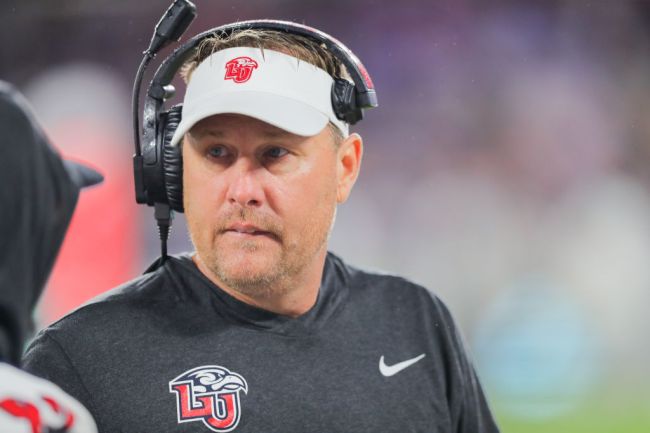 With South Carolina parting ways with Will Muschamp, candidates to replace him are starting to pop up and a lot of eyes have turned to Hugh Freeze, current head coach at Liberty.

While Freeze’s time at Ole Miss ended poorly with a recruiting scandal and calls to an escort service, he did lead the Rebels to 39 wins in five seasons (before the NCAA took 27 of them away) including a Sugar Bowl win over Oklahoma State in 2015. Despite his ugly exit the consensus around the college football world was it wouldn’t be a matter of if he would return to coaching a Power Five team, but when.

With South Carolina becoming the first major opening of the season it’s no surprise to see his name be thrown into the hat by college football fans.

It’s no secret that Freeze would welcome a return to the SEC, but South Carolina may not be the only opening around the conference at the end of the season, which is exactly why Paul Finebaum thinks there’s a very real chance Freeze would turn down an offer from the Gamecocks.

“I think it’s more than a possibility,” Finebaum told WJOX. “Nobody knows the SEC like Hugh Freeze. He not only knows what’s available today, but he’s looking next year to see what’s available. You can do the math on what could come open. You have to wait, do I want to go to South Carolina and be in Clemson’s shadow? Or do I wait for what may be a better job next year, or more than one job next year? By the way, we’re not talking about Vanderbilt in this conversation. He’s looking at the bigger schools that come open next year.”

Two of the bigger schools in the SEC that could be looking for a coach in the very near future are Auburn and Tennessee. Freeze has ties to the state of Tennessee having coached both high school football in the state and at the NAIA level at Lambuth.

“(Freeze’s agent) knows whether or not Hugh Freeze should wait for Auburn or Tennessee or go ahead and make the call now. He also knows whether he can coach at South Carolina. That’s not a mystery to Jimmy Sexton.”

Freeze is 16-5 through nearly two seasons as head coach of Liberty having led the Flames to an 8-0 record this season. He and Liberty recently agreed to a contract extension through 2026.