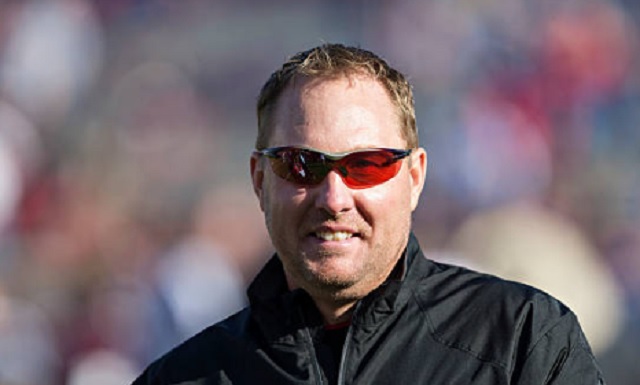 Earlier today we brought you the juicy news of Ole Miss Head Football Coach Huge Freeze resigning after it was discovered he made a phone call to an escort service from a school-issued cell phone. Nice. The call was originally attributed to a “misdial” but a closer look at Freeze’s phone records revealed a “pattern of misconduct” that led to his forced resignation.

Ole Miss Athletic Director Ross Bjork said there would be no buyout of the contract and no settlement. Freeze had about $12 million left on his deal through 2019. Ouch.

Despite the dude losing his job in super embarrassing fashion, the internet knows no compassion.

Is there any doubt which school Hugh Freeze is going to resurface at? pic.twitter.com/yTEVZauwM2

This is a picture of my nephew with Hugh Freeze 2 years ago. The kid knew. pic.twitter.com/KwcHaVl0LN

This is nuts, Hugh Freeze has already called his church together to explain what's going on. pic.twitter.com/ePWPzRfW2J