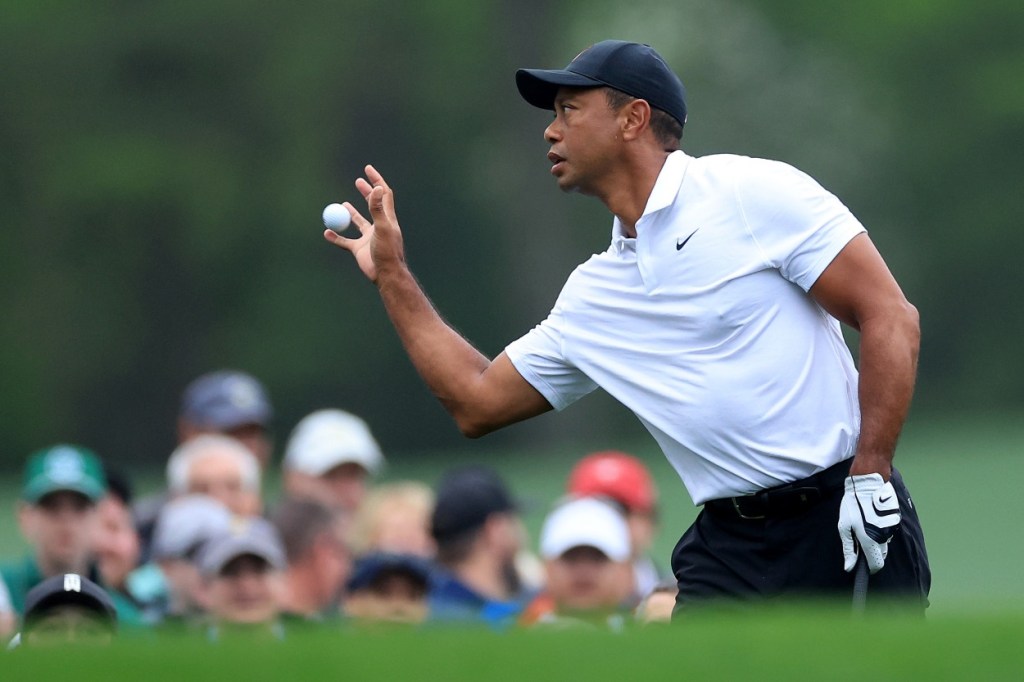 The Masters week is in full swing with the annual Par-3 tournament taking place on Wednesday ahead of the start of 2022’s tournament. This year’s tournament is all about Tiger Woods. As of right now, he’s the entire show.

Ticket prices (on the secondary market) have skyrocketed. There were reports of grown men crying on the course watching Tiger Woods in his practice rounds. We’re looking at full-blown TW Mania right now and I’m 100% here for it because BIG CAT IS BACK and all is right in the world for the next few days.

Since Tiger Woods announced his intention to try and play in The Masters the golf world has speculated on how he’ll perform. Tiger isn’t going to show up in Augusta just to hear applause from the gallery. He is there to compete. But will his body and game cooperate with his intentions? That’s the $2,070,000 question (prize money for 1st place this year).

IBM’s Watson, the company’s infamous supercomputer who famously competed on Jeopardy!, analyzed over 120,000 golf shots to predict Tiger’s most likely scores at The Masters. Here’s what Watson predicted and below I’ve included historical data on the cutline at The Masters.

The Masters is introducing Projections with IBM Watson, which creates predictions for every player in the field using AI models to analyze over 120,000 golf shots over six years, to create daily predictions.

Tiger is predicted to shoot a 75 in round 1. pic.twitter.com/5WhE0gt9l9

A 75 + 74 would put Tiger Woods at 149 through 2 rounds. How does that compare to the historical cutlines at The Masters? Let’s see..

Predicted Cut Line At the Masters Based On Recent Years:

Based on recent years, a 149 could put Tiger Woods firmly in the running to make the cut at the 2022 Masters. The average cut throughout the years is 148.53 and the highest ever cut was 154 (in 1982). So it seems like IBM’s Watson likes Tiger Woods’ chances this year to stick around for the weekend.

And as of last year, the rules for how the cut is determined are different. It used to be that the top 50 players (and ties) made the weekend. But there was also a rule that said any players within 10 shots of the leader would make the cut and the tournament did away with that rule in 2021. Now it’s just the top 50 players + ties.

But Tiger Woods doesn’t want to just stick around, he wants to win the tourney.

IBM’s Watson isn’t just there for Tiger Woods, it’s also analyzing everyone and everything in the field:

Hey @notthefakeSVP, no hard feelings, right?@IBM Watson uncovered tons of insights for every golfer in the field. Check 'em out yourself. #IBMPartner pic.twitter.com/RT6vEiKwU8