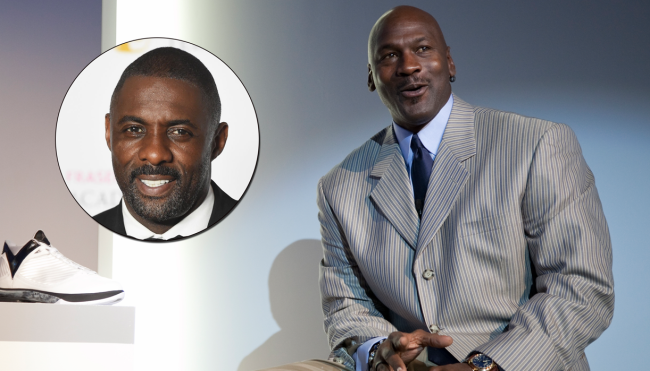 Being a famous actor certainly has its perks and for Idris Elba one of those perks was getting to meet and have a conversation with Michael Jordan.

During an interview this week with Complex on their “Sneaker Shopping” show, Elba was asked about a photo of himself dressed up from head to toe in Jordan Brand gear.

“So Jordan had these wicked getaways in the Bahamas,” Elba went on to explain. “He would invite a bunch of people out, you know? I’m saying I think me and Gabrielle Union went out. We was promoting a movie, I think it was Daddy’s Little Girls and you know, I was gassed to be at Jordan weekend. So you could tell, look at that picture.”

Then host Joe La Puma asked Elba if he ever actually got to meet Michael Jordan.

“I was dead serious. It wasn’t, you know, in my head, playing Jordan wouldn’t be about playing the basketball player. It’s about the businessman. I mean, he’s a very astute businessman, really smart. And his work as a philanthropist is like, unspoken, but people don’t understand like the work. He cares, he does a lot of work.