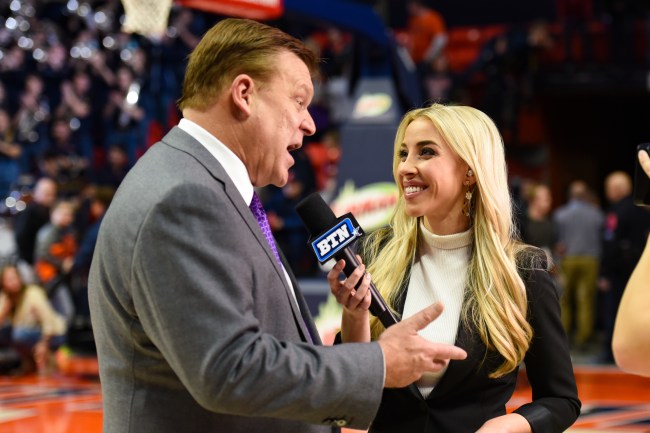 When COVID-19 forced everybody into working from home, Illinois basketball coach Brad Underwood took his office on the move. The 56-year-old started walking the streets of Champaign-Urbana while handling his offseason duties.

“I do Zooms while I’m walking, I do all of my phone calls,” he said. “I do recruiting calls, I call other coaches, I’ve done a clinic while I walk.”

Underwood started walking anywhere from eight-to-twelve miles per day and decided it was time to lose some weight. He set the goal of losing about 50 pounds, and had lost more than 30 back in August. The fourth-year Illini coach started at 268 and was down to 234 pounds on August 19, which was the lightest he had been since 2006. He joined ‘The Field of 68’ podcast and discussed his transformation.

"Which one of your three chins do you think @OliviaDekker liked the best?" @CoachUnderwood's kids convinced him he needed to drop 50 lbs. How close is he?

Get Inside The Mind Of Miles.

Adding that he’s down to 226, with eight more pounds to lose, his motivation for the weight-loss journey came from his daughter. According to Underwood, she saw a picture of her father being interviewed by Olivia Dekker and asked him “which of his three chins she liked the most.”

It was a ruthless move from the daughter Underwood. She is a junior in college, so it’s not even like it came from the mouth of an unknowing baby. She straight up looked her dad in the eyes and, in so many words, said “you are fat.” I guess that’s true love, and Underwood agreed when the opportunity to get in shape came with quarantine. He is on track to cross the 50-pound mark and looks great ahead of the 2020/21 season. Illinois is set up to content for a Big 10 or national title this year and Underwood is in the best shape of his life, ready to lead the push.