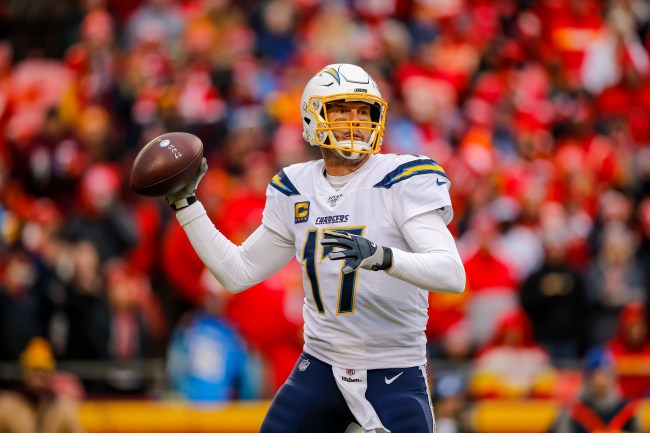 Could Philip Rivers end up with the Colts next season.

Last week Rivers give a heartfelt speech about his time with the Chargers but also went to say that “retirement was not an option” and that he was willing to play for a new team next season.

"I ain’t quitting. … I couldn't have tried any harder."

Philip Rivers said he would consider playing for a team other than the #Chargers. At this point, he said, retirement is not really an option.

According to a report by CBS Sports NFL Insider Jason La Canfora, there’s some chatter that the Colts bring in Rivers next season.

Speaking of Rivers, keep hearing chatter about him ending up with the Colts. Would make a lot of sense, actually, and playing in a dome at this stage of his career would only help. I have reservations about how much he has left, and the decision making coupled with the declining arm strength could be an issue anywhere he plays. But if Andrew Luck stays retired, Rivers might be worth a look there. I expect the Colts to be movers and shakers on the trade and free agency front, as well, looking to add more sizzle to the roster, though the draft remains their lifeblood …”

It’s going to be interesting to see how much interest there is out there for an aging QB like Rivers.