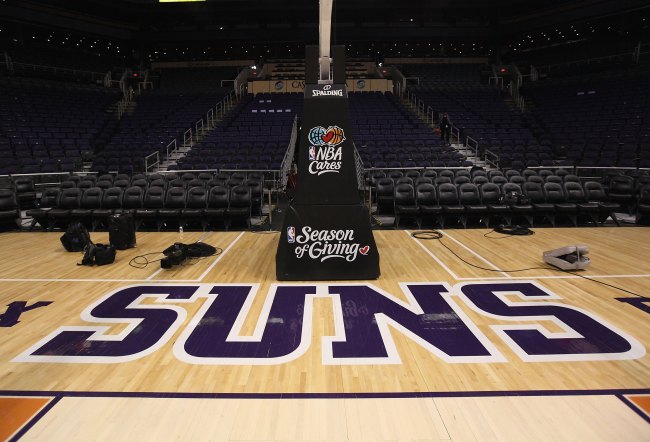 The Phoenix Suns completed their sweep on the Denver Nuggets on Sunday night and Instagram model Ayyyejae wants some credit for the team turning things around.

Over the summer, the IG model made headlines when she revealed that she had hooked up with seven Phoenix Suns players in one night during an appearance on Adam22’s No Jumper podcast. .

Ayyyejae: “On my birthday, my birthday is Memorial Day weekend and I seen them all at Drai’s like this one team..and I was getting f***** in a hotel room and they all pulled up and I sucked their d***”.

After the Suns big win Ayyyejae took to Twitter to react to the team’s impressive playoff run by changing her profile picture.

She also went on to retweet this.

Maybe the Suns should do something for AyyeJae considering it seems like their entire modd of the team shifter after she hooked up with seven of their players.