Instagram Model Accuses Cowboys’ Trevon Diggs Of Being Physically Violent And Threatening Her With ‘Guns’, Alerts The NFL 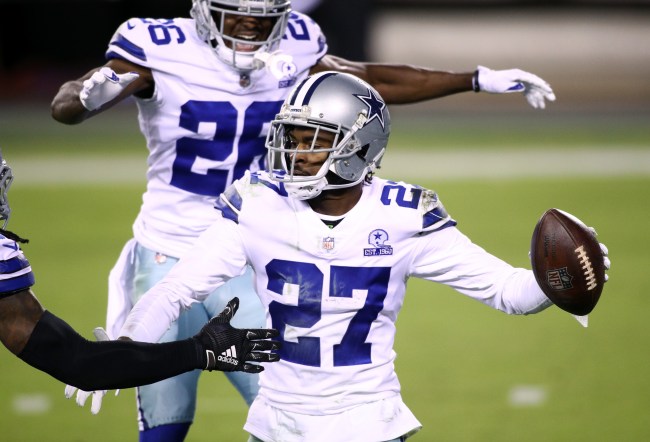 Trevon Diggs may find himself in trouble with the NFL.

Over the weekend, Instagram model Chinese Kitty, who boasts over 3 million followers on Instagram, accused the Dallas Cowboys cornerback of “putting hands” on her and threatening her with guns.

Kitty said: “How you a man so quick to put hands on a female. @TrevonDiggs riding around calling my phone threatening me with guns. That’s sick. This y’all role model?”

She continued: “We got whole football players out here threatening females. (Tags Trevon and the NFL) This the type of role models that represent the NFL?”

The woman proceeded to tag the NFL on Instagram in several posts alleging Diggs called her from several different phone umbers to threaten her. 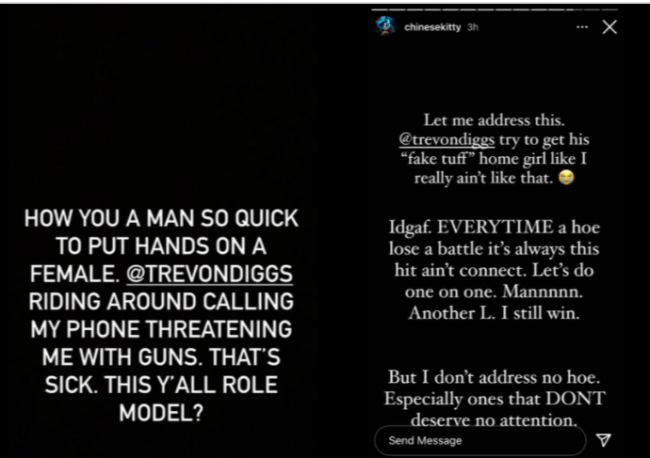 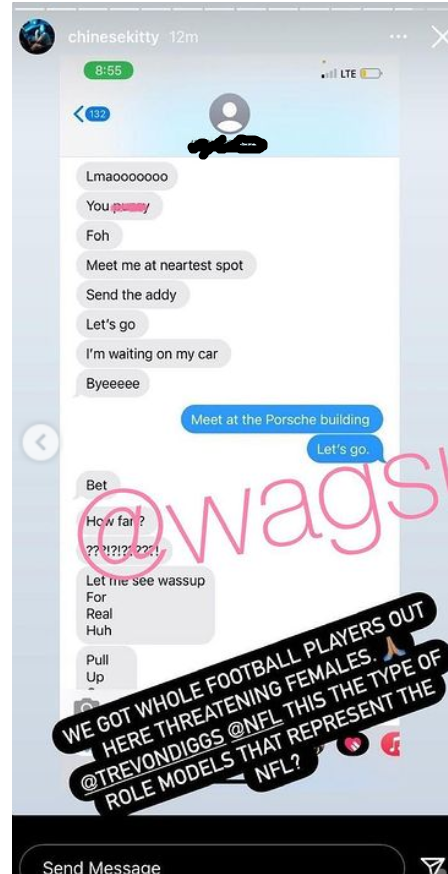 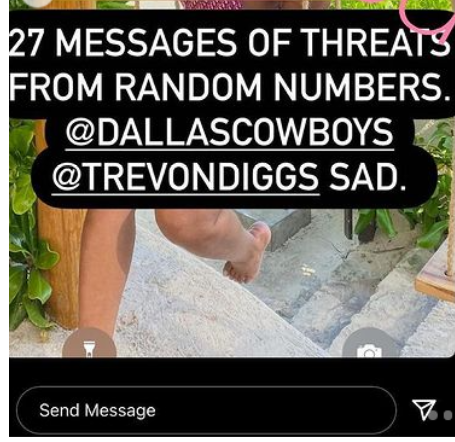 Eventually, the woman claims Diggs blocked her on Instagram. 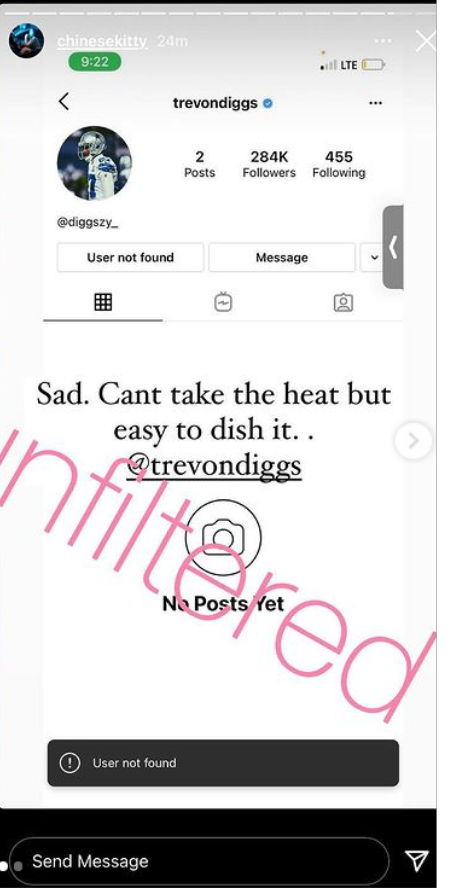