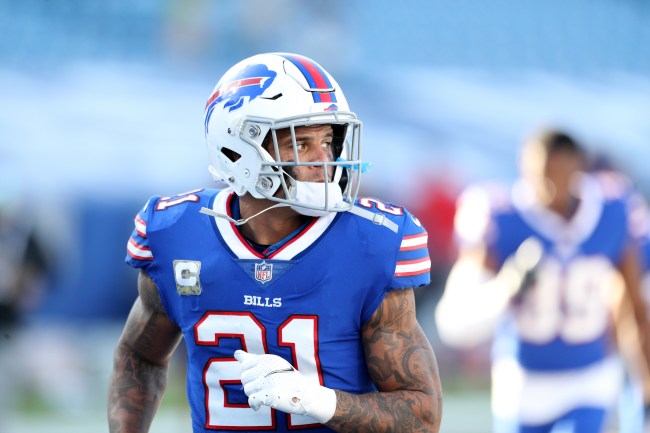 Bills fans including famous Instagram model Rachel Bush are not happy about Jordan Poyer getting snubbed by the Pro Bowl.

On Monday night, it was revealed that five Buffalo Bills players were going to the Pro Bowl but unfortunately, Poyer was not included despite winning the fan vote.

Jordan Poyer is currently 9th in the NFL in tackles with 112.

He is 5th in solo tackles.

Poyer is the top safety in the NFL in both those categories.

If those aren't #ProBowl numbers I don't know what is.#Bills

Considering that Poyer had a solid statistical year, his wife Rachel Bush took to Twitter to voice her complaints about her husband’s Pro Bowl snub.

Not much else to say. Biggest joke ever. 2020 the year of ignoring facts and stats I guess. 🤦🏽‍♀️Literally don’t understand how the best safety doesn’t make pro bowl because of the coaches and players portion of votes lol comical. https://t.co/JkLEG1vjKZ

Yeh that was it for me. I kept giving the Pro Bowl benefit of the doubt. Year after year hard work and the best stats continue to get ignored. A true PRO. But this year especially, that was it for me lol a big joke. https://t.co/34Oscf9wTP