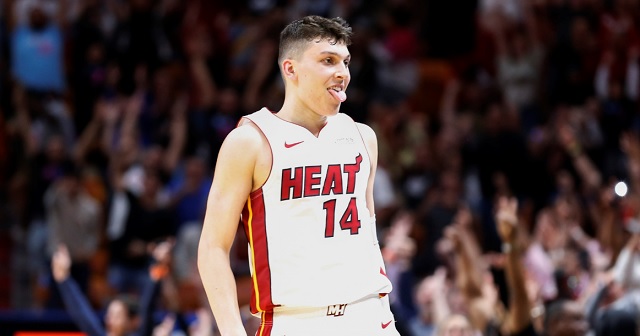 Tyler Herro had a breakout season while inside the NBA bubble and became pretty famous after helping the Miami Heat reach the NBA finals earlier this year.

Now that Herro is a household name more people are trying to gain clout by showing off their brief interactions with him on social media. On Tuesday, a Miami Instagram model named Kayla Elizabeth posted DMs of her blowing off Herro back in March.

When you blow off Tyler Herro during quarantine because you were “talking” to someone🤡LADIES this is a reminder to not go through the trouble of being loyal during the “talking stage”🗣 pic.twitter.com/zDPg1g1iZD

"Talking to someone" my ass. You know you opened your dms once you saw him in the Finals. Bird https://t.co/5VPRJ3Z43N

Yea u wish you had him now after he balled out in the finals https://t.co/sy2vH4Hi65

U a bird and got what u deserved https://t.co/7rjOakAxds

Posting this at all, let alone 9 months after it happened. 🐦🐦🐦🐦 https://t.co/HJudtQDVRB

You really thought you did sum here didn’t you? https://t.co/WRxbb39hAg

Herro is currently dating Katya Elise Henry which means he probably lucked out by getting curved by this girl.