Sports Finance Report: We Talked To Mia Khalifa About Her New Twitch.tv Channel 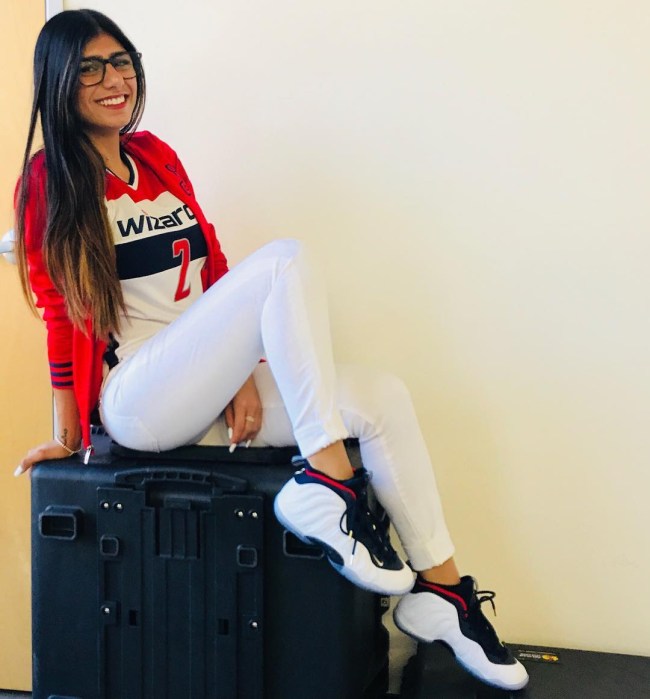 In December, Twitch.tv announced a partnership with the G-League that enables users to co-stream games. Social media influencer Mia Khalifa has a Twitch.tv channel, is calling the NBA development league’s games and averaging 100,000 views per broadcast (3 million views, 30 broadcasts). In the first half of an exclusive interview (2nd half will be in tomorrow’s newsletter, so make sure to sign-up), JohnWallStreet had the chance to ask Mia about her new role as a color commentator, her audience and least favorite broadcaster.

JWS: Twitch.tv has gained widespread popularity within the gaming community, but remains under the general public’s radar. How did you get introduced to Twitch.tv?

Mia: As an undercover gamer, I’ve known about Twitch since I was in college; as a place to see new games being demo’d. My manager used to run Chive Gaming live streams and he talked me in to starting one of my own. At first I was hesitant because I’m not necessarily too good at any one video game. I just like to play them for fun and I didn’t think I had it in me to conduct streams that people would want to watch, but he opened my eyes to the IRL channel (in real life streaming); where I can do a cooking show, I can have a Q&A session, I can post a talk-show if I want. I can turn it on and talk sh!t about all the playoff games I lost money betting on. I can do anything I want with this new channel on Twitch; I don’t have to pigeon-hole myself to (video) games and it’s been great. It’s my main job right now; doing cooking and G-League streams.

JWS: Do you have an idea of who your audience is?

JWS: So, what is your goal? Are you looking to become a color commentator? The next Bill Raftery?

Mia: No, I do not take myself anywhere near that seriously. I like to consider myself a colorful commentator, like a rainbow commentator. I’m not trying to be the next Kirk (Herbstreit), I’m just really being myself. I’m commentating on these games the way I would if I was just talking sh!t with my friends. I don’t call plays. It’s all light hearted, all in good fun. You don’t have to be a sports fan, it’s just banter and a good time; and it’s inclusive, World of Warcraft nerds can tune in just as hardcore sports fans can. We’re exposing basketball to an audience that wouldn’t usually tune in.

JWS: Barstool Sports did a live stream of guys living and dying with every pitch during the ’16 World Series, which seems along the lines of IRL streaming. Do you have any aspirations of joining those guys?

Howie Long-Short: The video game streaming market was expected to generate $4.6 billion in 2017 revenue. Amazon (AMZN), which bought Twitch back in 2014 for $970 million, is well positioned to cash in moving forward. The company reported concurrent viewership increased 67% during Q3 ’17 (to 737,000, nearly 3x more than YouTube Gaming); while the company took in 37% (the most of any company) of all game-streaming revenue across the industry.

Fan Marino: Mia’s favorite broadcaster is Kirk Herbstreit. I asked who her least favorite was?

Mia: God, Quint Kessenich is so bad. Who is he sleeping with at ESPN to escape all those layoffs? How does he still have a job? Also, Pierre McGuire sucks and NBC Sports should fire him.

Nearly all fans attending tonight’s national championship game at Mercedes-Benz Stadium will use an Apple iOS (AAPL) or Android device to enter the stadium; as Ticketmaster, the official partner of College Football Playoff, will only be issuing paper tickets to a small number of VIPs. The all SEC contest is the first significant U.S. sporting event to require mobile entry; fans will not have the option to print their own tickets. Ticketmaster (LYV) said it’s using mobile ticketing to “increase the safety (i.e. counterfeiting) and convenience of the ticketing process” and to expedite “mobile entry for fans.” Fans without mobile devices will have the option of visiting the box office and having their ticket printed for them.

Howie Long-Short: Stubhub said that Ticketmaster mandating mobile ticketing for the game, has resulted in less inventory; but, TicketIQ is reporting that they’ve seen 2x the amount of inventory (from last year) in the 3 days leading up to the game. In 2017, Stubhub increased its fees 1.5% to 21.8% per transaction; nearly 3x (7.7%) more than parent company eBay (EBAY) charged its sellers. Perhaps that has something to do with why inventory is down.

Boardriders, Inc., the parent company for Quiksilver, Roxy and DC shoes, has agreed to acquire rival Billabong International Ltd. (including subsidiaries RVCA, Element, VonZipper, and Xcel) for +/- $315 million (including debt); forming “the world’s leading action sports company.” Together the surf, skate and snow retailer will generate more than $2 billion in sales and have more than 600 retail stores in 28 countries. David Tanner, Managing Director at Oaktree Capital Management (OAK), L.P. will assume the role of CEO upon close of the transaction; expected to occur in H1 ’17.

Howie Long-Short: Oaktree Capital Management (OAK) now owns Billabong in its entirety. The company had acquired 19% as part of a $360 million refinancing deal in ’13 and will now receive the balance through its 85% ownership in Boardriders; formerly known as Quiksilver. In ’15, Quiksilver filed for Chapter 11 bankruptcy; emerging in ’16 having been “dramatically restructured” under a $175 million investment from Oaktree Capital Management. The company has since invested in e-commerce and digital growth, while returning to profitability.

Fan Marino: BLLAY shareholders may have mixed feelings on the sale price. On one hand, at $1/share the price represents a 28.2% premium to the stock price prior to news of the offer breaking (on Dec. 1). On the other, in 2012 BLLAY turned down a takeover bid worth 4x more than the agreed upon sale price for this transaction. For comparison purposes, streetwear brand Supreme recently sold 50% of the company for $500 million.

Editor’s Note: This is a daily column we run here at BroBible breaking down the day’s biggest stories in sports finance with commentary from the equities analyst and sports fanatic perspectives. It comes to us via our friends at JohnWallStreet, publisher of a free e-mail newsletter focused on sports related public equities and their subsidiaries. You can sign up here.