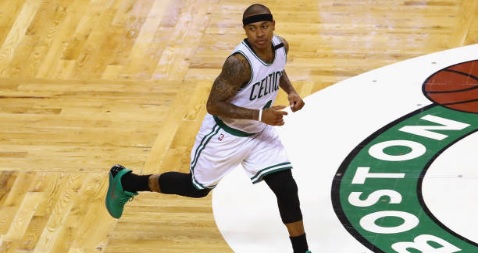 New Cavs guard Isaiah Thomas still seems salty about getting traded by the Boston Celtics over the summer for Kyrie Irving. On Wednesday, Thomas took a not-so-subtle shot at his former team in his latest Instagram story where he highlights “loyalty” as a major component to winning.

Thomas is set to become an unrestricted free agent next July, and after a breakout year with the Celtics he had hoped the team would have offered him a max deal but after a hip injury shortened his season Danny Ainge decided to trade him instead.

Thomas is in a position to compete against his former team and stick it to them if the Cavs go on to another NBA finals this season.