J.R. Smith Appears That He’s Down With Carmelo Anthony Joining The Cavs Next Season

As soon as the NBA finals ended, Cavs fans immediately took to social media to see which superstar could come to the Cavs next season to help LeBron James dethrone the mighty Golden State Warriors.

Paul George’s name has been floated around but it appears that J.R. Smith already wants Carmelo Anthony to join the team next season. 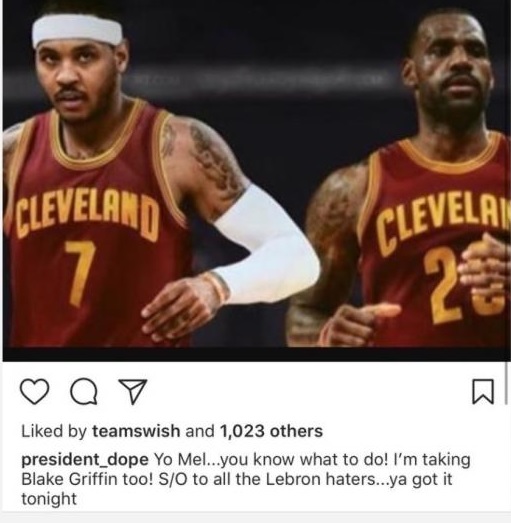 The only way the Cavs could realistically sign Melo is if they part ways with Kevin Love and I’m not sure they’re willing to make that trade just yet.