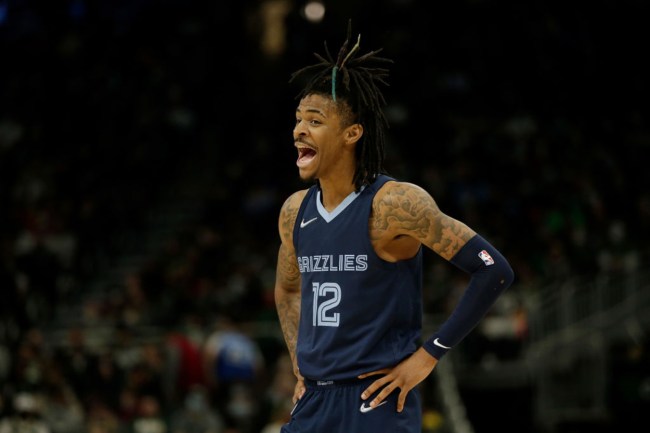 The Brooklyn Nets continue to deliver all-time drama with the latest chapter in the saga coming courtesy of Kevin Durant.

On Friday afternoon, The Athletic’s Shams Charania broke the news that Durant has requested a trade out of Brooklyn.

Morant’s tweet immediately caught the attention of everyone on NBA Twitter, especially Grizzlies fans. Some fans are convinced this is Morant trying to recruit KD to Memphis.

The Grizzlies are without question one of the most talented and young teams in the NBA. Memphis would have to unload plenty to land Durant, but the combo of Morant and Durant would be must-see each and every night.

Just a matter of time now until Ja Morant, Kevin Durant and David Roddy bring a title to Memphis. https://t.co/z0NkltYoMj

The NBA OFF-SEASON is the best reality TV show. https://t.co/NDznbr9neM