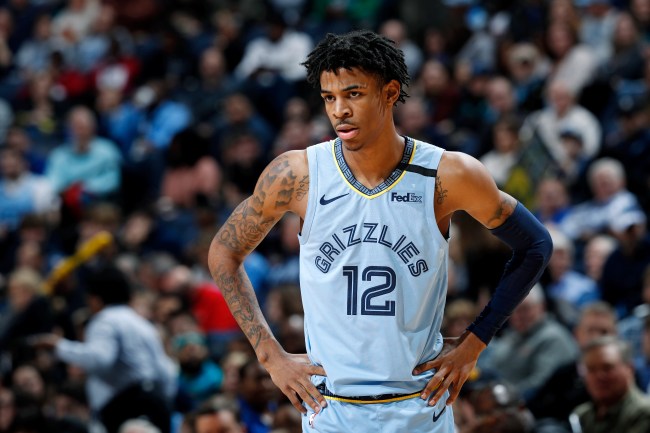 Ja Morant is a rookie but he’s not taking any shit from NBA veterans Steph Curry and Andre Iguodala.

Ja’s beef with the two former Warriors teammates stems from Iguodala’s refusal to play with the Memphis Grizzlies this season.

Iguodala and Memphis mutually agreed he would not report to the Grizzlies while the team tried to find a trade partner. The 36-year-old has yet to play after being traded by Golden State to the Grizzlies last summer.

Dillon Brooks on Andre Iguodala: “I cant wait til we find a way to trade him so we can play him and show him really what Memphis is about.”

Curry took to social media to defend Iguodala over the criticism he was getting for trying to force his way out of Memphis.

Curry’s post led to Morant firing back with this picture of Durant holding the Finals MVP trophy, something Curry has never done.

lol delete it for what? if you scroll down my twitter you’ll see me talking about curry a lot . probably some other players too . i was a fan & still a fan but iann scared of him 😂😂