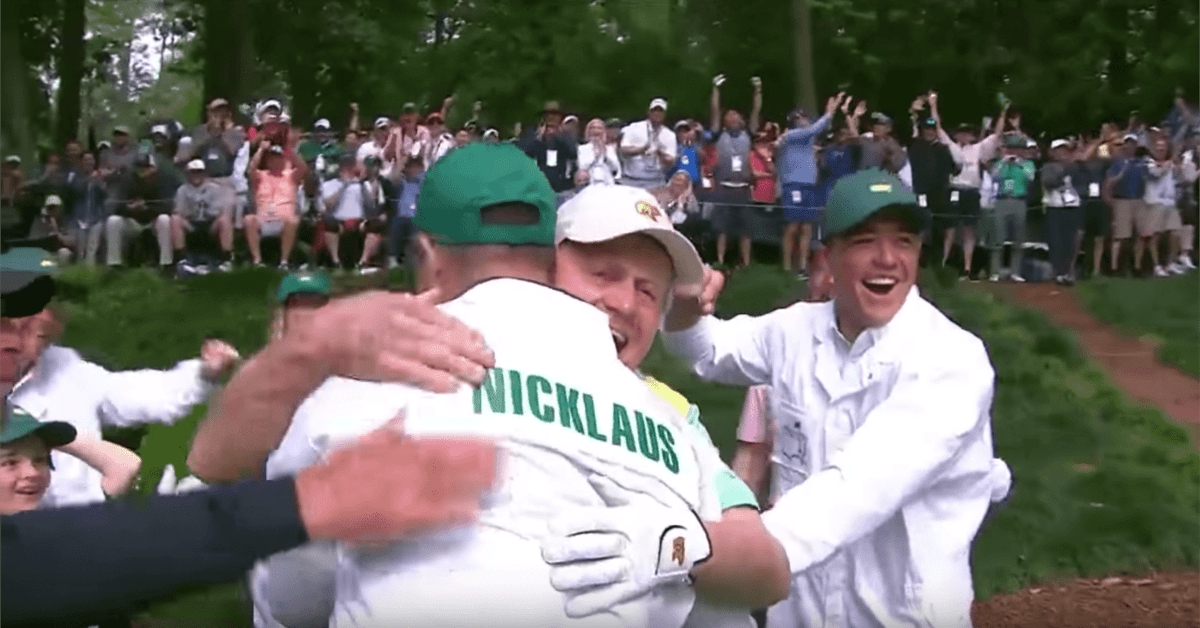 Today’s Masters Tournament Par-3 Contest was headlined by the legendary group of Jack Nicklaus, Gary Player, and Tom Watson. Each Hall Of Fame golfer and previous Masters Champion had some family caddying for them, one of which was JackNicklaus’ 15-year-old grandson, Gary ‘GT’ Nicklaus.

Watch 15-year-old GT hit his first hole in one ever:

Afterward, Jack couldn’t hold back his emotions. Understandably, the 6-time Masters Champion was in tears as he reflected on the incredibly special moment with his family at a place that has been special to him and his legendary career.

Jack even went on to tweet about the hole-in-one and called it the most special day he’s had on the Augusta National golf course:

With all due respect to @themasters, allow me to put my 6 Green Jackets in the closet for a moment and say that I don’t know if I have had a more special day on a golf course. To have your grandson make his first hole-in-one on this stage…. WOW! #Family #memoryofalifetime pic.twitter.com/3TSLwlV0m9

In addition to Jack declaring it a special moment, Gary Player sure loved seeing it happen for GT. Hear his phenomenal narration of the shot here:

Listen in as @garyplayer narrates Gary Nicklaus Jr.'s hole-in-one on No. 9 of the Par 3 Contest. #themasters pic.twitter.com/9NTARoy3gE

Of course, seeing Jack overwhelmed with emotion gave every golf fan a the feels…

Jack Nicklaus' grandson is caddying for him in the par-3 contest and took the t-shot on No.8 and the kid jars the first ace of his life. Nationally televised on ESPN. Grandpa cries. Amazing.

You will NEVER see anything better on a golf course than Jack Nicklaus' grandson Gary Nicklaus taking one shot at the Masters par 3 tournament and making it REALLY COUNT!!!!#Magic #Tears pic.twitter.com/2SHlbEdABc

How special of a moment was this for Jack Nicklaus and his grandson!?!? #Masters pic.twitter.com/pAzoF2VMq4

Jack Nicklaus' grandson just hit his first hole in one (camera caught him saying so) while caddying for the Golden Bear at the Masters Par 3 contest. Can't even make it up.

If this Par-3 Contest was any indication of what is ahead… we’re in for one hell of a Masters Week!