Jackson Mahomes Was Back On TikTok Making New Bengals Fans, Getting Blamed For Patrick’s Injury 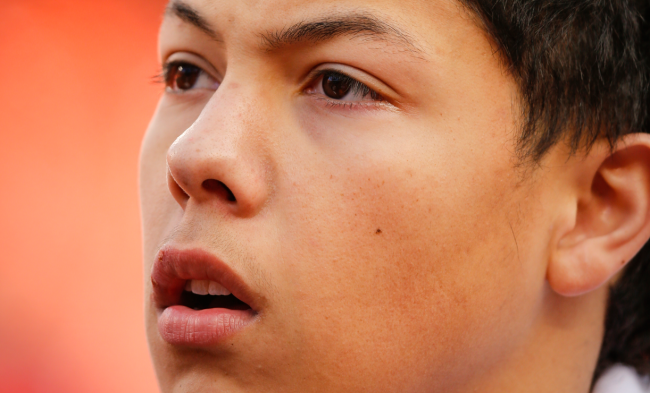 After a lengthy absence, Patrick Mahomes’ brother Jackson Mahomes has resurfaced on TikTok with more annoying videos and making people hate the Chiefs.

Last week, during the Kansas City Chiefs’ bye week, he was acting a fool with a drink in his hand and shooting his shoot at TikTok model Alix Earle in a live stream.

Chiefs fans (and fans of every other team) were immediately annoyed by Jackson’s presence on the platform.

Being completely lacking in self-awareness, Jackson Mahomes returned to TikTok again on Sunday with a video from a suite at Arrowhead Stadium.

Strangely, in both of his return TikTok videos, Jackson Mahomes used the same song.

♬ Sure Thing (sped up) – Miguel

NFL fans were quick to fire off comments expressing how much they loathe him and his antics.

“NOT AGAIN,” one viewer commented.

“No wonder Pat got injured,” another chimed in.

“Jackson comes back and Pat gets gets injured. Coincidence?” another viewer wrote.

“Bro really came back after a year of silence, and Pat got injured,” echoed another viewer.

“Bro is dancing when his brother is injured,” someone else commented.

“How do you still get invited to these games bro?” asked another viewer.

“Saw this and immediately bet Jags ML,” joked (maybe) another.

“There’s no way I went the whole season without seeing any of these and now I see one,” someone else moaned about Jackson Mahomes.

On the plus side, we did make it, what, 18 weeks without seeing him. Throw in the fact that Brittany Mahomes and Patrick’s mom have dialed back their whining to a great degree (but not completely) and the Kansas City Chiefs haven’t been completely unbearable.

I’m tired of the dirty hits

Im confused, we are allowed to tackle quarterbacks like that now? Got it. The inconsistency is BS

My personal favorite tweet by Brittany this season, however, is simply a retweet.

I shared this earlier in the week. It’s proving quite accurate. 😡 pic.twitter.com/aIX9RwkE0k