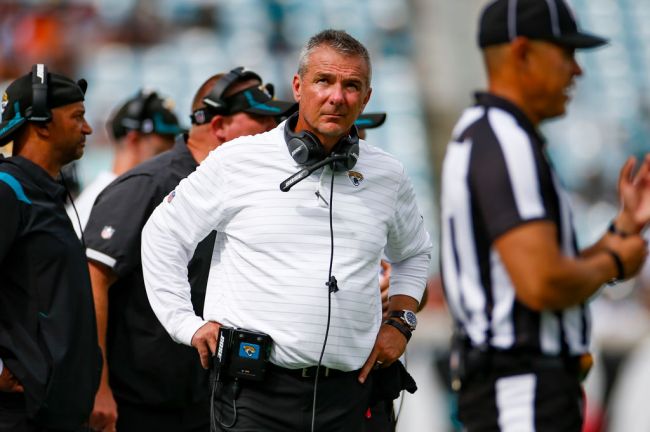 The Urban Meyer era in Jacksonville has not gotten off to the best of starts. The Jags have started the season 0-2 giving up 60 points already this season, rumors continue to swirl that Meyer isn’t the man for the job, and the franchise looks like it’s firmly headed in the direction of being one of the basement dwellers in the NFL standings.

Meyer and the Jags just want fans to “hang in there” though. Meyer pleaded for the fans to stick with this team saying that they’re going to get better and that no other team in the league is going to work as hard as them from here on out.

Jacksonville elected to tweet out Meyer’s coach-speak-filled quote after its loss to Denver on Sunday. As one would expect, fans roasted Meyer and the Jags.

If you listen close enough you can hear the USC fight song in the background as you read this https://t.co/pcvrx0vEv9

Last night sucked but it's not as bad as this. https://t.co/EjZZftce0a

This is the kind of message they plaster over a broken airport escalator https://t.co/uGvXw3yLgA

Nothing like the words “hang in there with us” to get the fanbase fired up for the next 15 games on the schedule.

Everyone knew that Meyer was adopting a project when he accepted the job in Jacksonville. It’s only been two games, there’s plenty of time for the Jags to turn things around, but there’s absolutely nothing pointing to that happening.