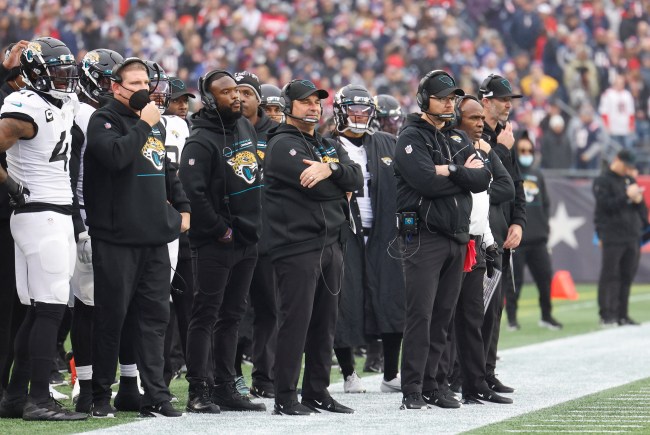 The situation in Jacksonville continues to get worse. The Jaguars have dealt with disaster after disaster throughout the season and now their fans have decided to take action.

The fans of the franchise have collectively decided to show up in droves to Sunday’s game, dressed in clown suits. The act was intended to show the team’s management what the fans think of them after years of suffering, but it turns out somebody else has taken notice.

The primary sponsor for Sunday’s game has sued the team because they don’t want to be featured at the “Clown Game”. That sponsor is RoofClaim.com. The company signed a sponsorship deal for $600k per year over the summer that entitles them to be featured at one game per year.

At the time they signed the deal, they probably didn’t realize what they were getting themselves into. Now, they’re suing the Jacksonville Jaguars because they believe the Jaguars have breached their agreement.

They claim the team “has utterly failed to provide the sponsorship benefits outlined in the agreement by exposing RoofClaim.com’s brand to a toxic marketing environment that will cause irreparable harm.”

“Toxic marketing environment” is definitely one way to describe the situation in Jacksonville. Teams with coaches who kick their players certainly aren’t the best for brand recognition.

The company already tried once to end their relationship with the Jacksonville Jaguars last month. It was the day the Jags fired Urban Meyer, but the team insisted that the agreement continue.

The company is looking to prevent the Jags from using their brand and end the agreement.

Just like that, the clown show continues for the Jacksonville Jaguars.