Jacksonville Jaguars Fans Have Something Special Planned For Sunday 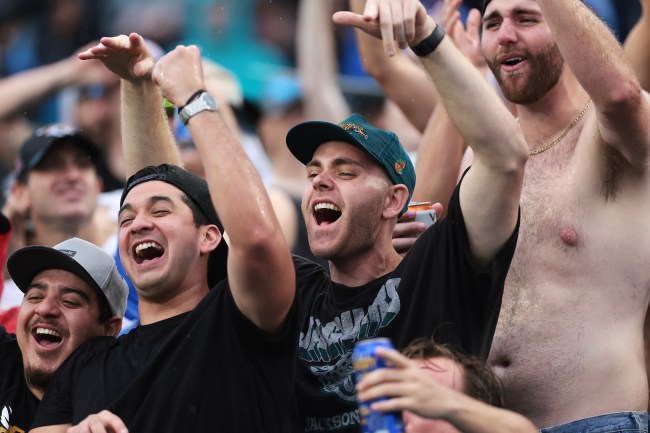 It has been a while since Jacksonville Jaguars fans had anything to celebrate, but this season has been particularly miserable. Now, the fans are making plans to show ownership just how unhappy they are.

On Sunday, you can expect to see more clowns than usual at TIAA Bank Field. According to a report, at least hundreds of fans will be dressing up in clown costumes for the season closing matchup against the Indianapolis Colts.

It leads to the question, why do so many Jaguars fans readily have access to clown costumes? Is clowning a common profession in Jacksonville? Did somebody in Jacksonville decide they’d make their fortune selling clown costumes and now they’re cashing in on one big weekend?

I unfortunately don’t have the answers to these very important questions. However, I can tell you that the frustration amongst fans is absolutely justified.

This season has been a disaster for the Jacksonville Jaguars since the second they hired Urban Meyer. I’m sure I don’t have to rehash all of Meyer’s issues for you. On top of his problems, the team has struggled and now it’s becoming difficult to see a light at the end of the tunnel.

The Jags have already been turned down for a head coaching interview and a recent report makes it seem like they’re going to struggle to find a head coach. These issues were sparked by GM Shad Khan’s unwillingness to get rid of GM Trent Baalke.

With the franchise in such disarray, fans have already begun to take out their frustrations on social media. Many Jacksonville Jaguars fans have changed their Twitter avatars to clown emojis with Khan’s mustache.

Maybe these actions from fans will lead to changes for this disaster of a franchise. Maybe the Jacksonville Jaguars will continue to clown around at the bottom of the NFL.