The Jaguars Can’t Find Anyone To Interview For Head Coach Because Of One Terrible Exec, Per Report 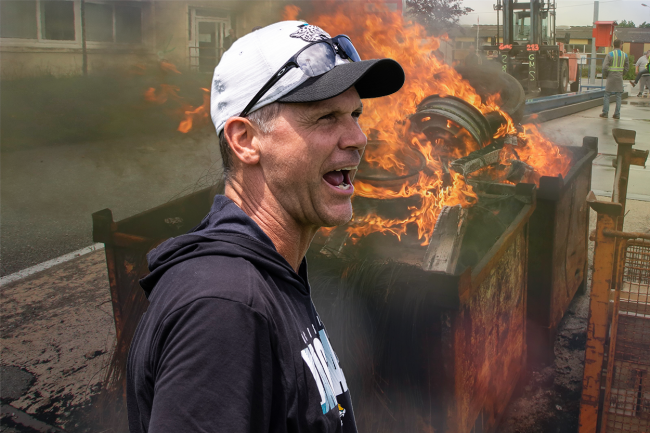 According to a new report from CBS’ Jason La Canfora, keeping him around to help lead the current search is looked down on by those in the industry, to say the least. His reputation is poor, and he is “seen as a political animal who is often locked in a power struggle.”

To make matters worse, his personnel record in recent years is terrible. His rosters have struggled, his draft history is not successful, and his win/loss record leans heavy toward the latter.

His reputation has taken a real hit because of the combination of factors.

As a result of the decision to keep Baalke in Jacksonville, the team cannot find anyone that wants to interview for head coach. It has reportedly turned off several top candidates.

“My client would have to fire me to take an interview there under this setup,” said one top coaching agent to La Canfora. “No way. It’s totally backwards.”

Those who are willing to take an interview have said their clients would do so virtually. Not necessarily for the job itself, but to gather information about why Khan would keep Baalke and whether he is married to his decision.

According to one executive in another organization, it won’t be possible to hire anyone with Baalke still with the Jaguars.

“This may have sounded like a good idea to them at the time, but things have a way of changing in this league,” one GM said to La Canfora. “I’m not saying they can’t get a coach with Trent still there, but they aren’t going to like a lot of what they hear.”

Per the report, Jacksonville spoke with Doug Pederson and Jim Caldwell last week. They also have a long list of NFL assistant coaches they plan to meet with virtually.

However, according to La Canfora, many of those assistants do not think that there is any opportunity for success in Jacksonville— especially if Baalke is there to over see player acquisitions.

Meanwhile, Baalke is pushing for Khan and ownership to consider Bill O’Brien as a candidate. His interest is unclear.