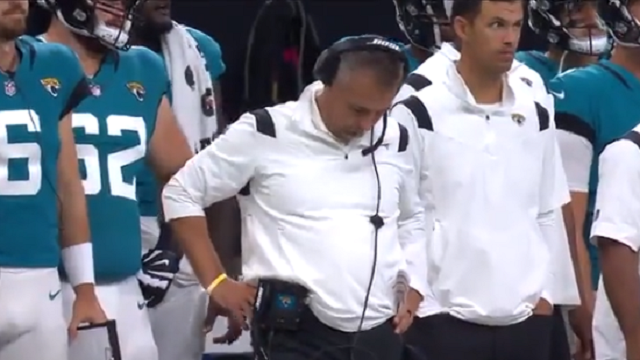 Is Urban Meyer already regretting coming out of retirement to coach the Jaguars this season?

Throughout the first half of the game, ESPN’s cameras would regularly pan over to Urban Meyer, who looked absolutely disgusted by his team’s play.

Urban looks so distraught on the sideline

Urban looking like he's regretting his decision to coach in the NFL.

Urban Meyer looks like he's ready to fake a heart attack at a moment's notice if things go bad this season pic.twitter.com/KBl3H9R0zL

Urban Meyer in Week 4 after the Jags start out 0-3: pic.twitter.com/EjQzqOL1Je