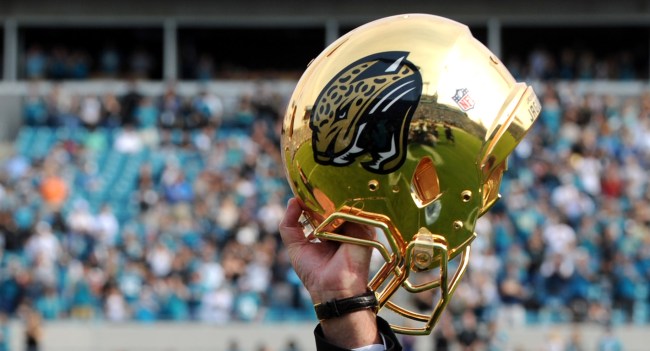 So Vince McMahon of the WWE is getting back into the pro football business? Then I guess it makes sense that the billionaire co-owner of the Jacksonville Jaguars, Tony Khan, is getting into the pro wrestling business, right? Welcome to 2019, people.

The Khan family, which purchased the NFL’s Jaguars in 2011, as well as the Premier League team Fulham F.C. in 2013 is estimated to be worth $6.3 billion. And on New Year’s Day, Tony Khan was officially announced Tony Khan as the president of a new professional wrestling company called All Elite Wrestling (AEW).

Assuming some of those billions will be funneled into the new wrestling promotion, it would mark the first time that McMahon’s WWE had any serious competition since it purchased the assets of WVW back in 2001.

Joining Khan in the new venture will be former WWE star and son of legendary wrestler Dusty Rhodes, Cody Rhodes. Rhodes, along with The Young Bucks (Matt and Nick Jackson), have already held one independent wrestling show, All In, that was attended by 11,263 fans in September of 2018 – the first non-WWE wrestling event to sell over 10,000 tickets in the U.S. since 1999.

According to Dave Meltzer and Bryan Alvarez on Wrestling Observer Radio…

– There’s no television deal for AEW yet, but there are “multiple offers out there.” Meltzer said he’s confident enough to say that he thinks it will happen.

– People are being signed to multi-year contracts.

– The success of All In wasn’t lost on certain people in the TV industry. Those who watched it were very impressed.

– Meltzer doesn’t think ROH talent will be working for AEW — they’ll be competing for the same wrestlers. Meltzer called this the greatest thing for talent since the WWF/WCW war, with WWE, AEW, and ROH now all competing for talent. They all wanted Bandido, and ROH got him.

WWE Hall of Famers Chris Jericho and Jim Ross have also been linked to the new organization, though nothing official has been announced.

Jericho did, for what it’s worth, thank Khan for hooking him with with game tickets this past weekend on Instagram.

Amazing experience to be on the field for the big @vikings game today!! Thanks to @tonyrkhan & the #Vikings organization for the hookup!