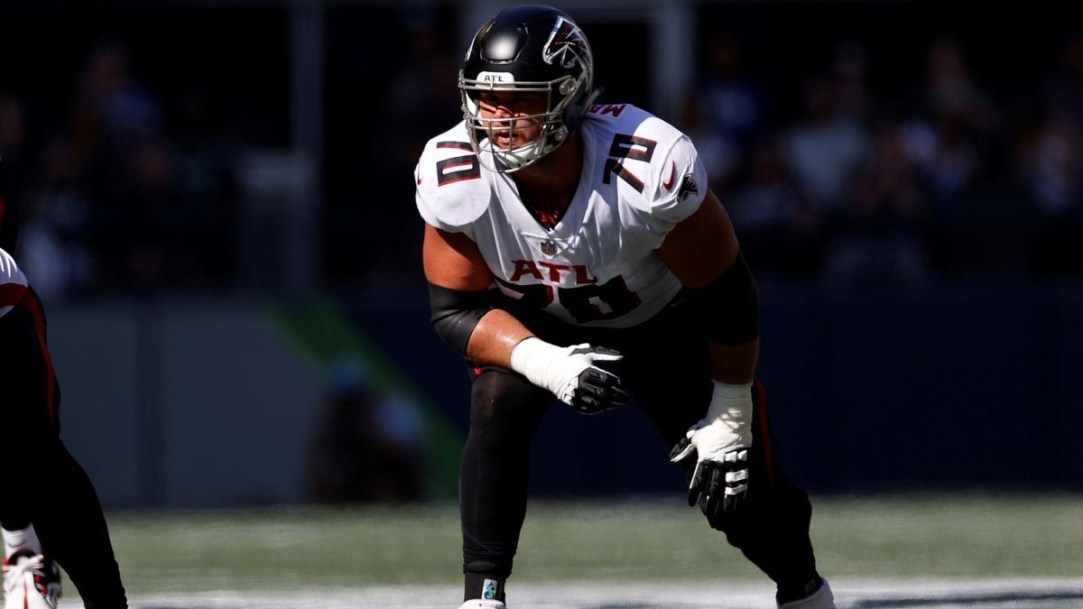 It’s been a long time since the Atlanta Falcons have seen much success on an NFL field. After losing the Super Bowl in heartbreaking fashion in the 2016 season, the Falcons backed it up with a 10-6 showing the following year.

Since then, however, it’s been all downhill for Atlanta. The team put up back-to-back 7-9 seasons in 2018 and 2019 before a disastrous 4-12 season in 2020. The Falcons rebounded a bit in 2021 to go 7-10, but not enough to save the job of franchise quarterback Matt Ryan, who was traded to the Indianapolis Colts in the offseason.

One constant throughout all of that, however, has been the play of franchise left tackle Jake Matthews. The Falcons selected Matthews sixth overall in the 2014 NFL Draft. He’s since more than repaid their confidence.

Matthews has started no fewer than 15 games in every season since he was selected and every single game for the franchise since 2015. He made his Pro Bowl in 2018 and earned a reputation as one of the league’s steadiest performers.

So it surprised fans to hear that Matthews may not play for the Falcons against the Panthers in their Thursday Night Football matchup. But it turns out he had a pretty solid reason.

Matthews initially traveled with the team to Carolina, but immediately reversed course when he found out his wife, Meggi, went into labor in the early morning.

Thankfully, Matthews made it in time to see his son be born. He then high-tailed it back to Charlotte and made it to Bank of America just under an hour before kickoff.

#Falcons LT Jake Matthews traveled with the team to Carolina, found out his wife went into labor this morning, turned back & returned to Atlanta for the birth of their first child, and just made it back to Carolina for tonight’s game. 🍼 🏈

At 4-5, the Falcons are somehow tied for first place in the NFC South. While the Panthers are just two games behind at 2-7. So Thursday’s night game is far more important than either could have imagined it would be.