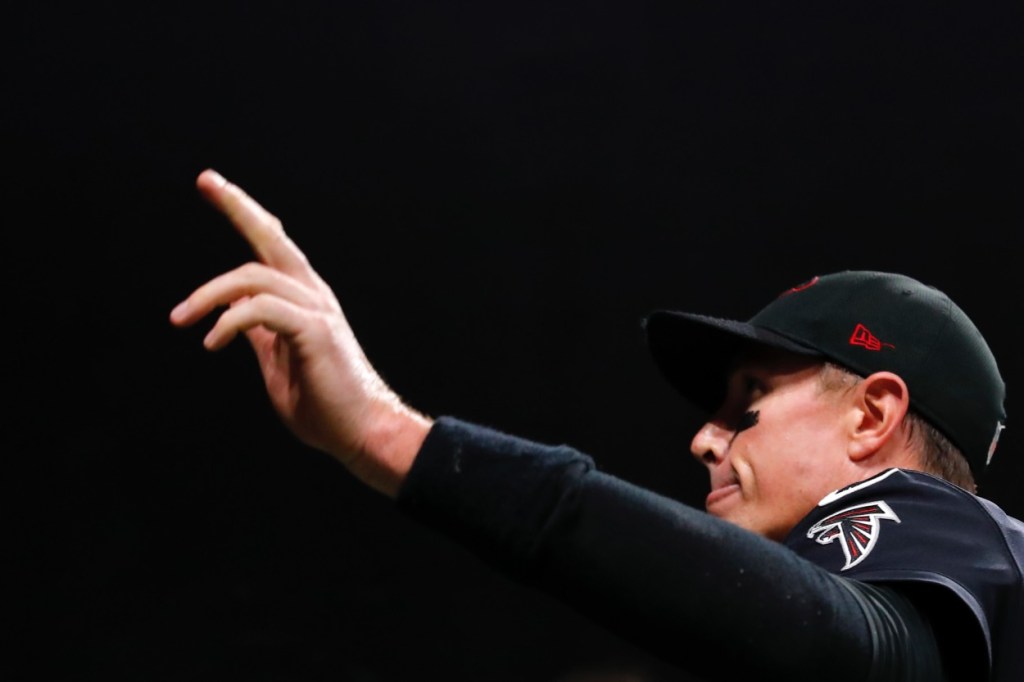 The Atlanta Falcons were the frontrunners to land Deshaun Watson last week. Then the Cleveland Browns reportedly restructured and upped their offer to Watson and both parties agreed on a record-setting contract amid the likelihood Watson gets suspended this season. All of this happened while veteran quarterback Matt Ryan was waiting in the wings for whatever the Falcons decided to do.

I read some reports from NFL insiders that in order to keep Matt Ryan and keep him happy, they’d need to restructure his complicated contract and pay him more for going through their Deshaun Watson saga. Then the bombshell news dropped on Monday afternoon that the Atlanta Falcons have traded Matt Ryan to the Indianapolis Colts.

Just as recently last week NFL insiders were CERTAIN that Matt Ryan would be traded for Deshaun Watson and now he’s been dealt to Indy for a 3rd round NFL Draft pick and a contract adjustment.

Trade!! The #Falcons are in agreement on a trade of QB Matt Ryan to the #Colts, per @MikeGarafolo, @TomPelissero and me. ATL gets a 3rd back.

Fallout from the Deshaun Watson situation, with Ryan starting over in Indy. Ryan gets a contract adjustment with more guaranteed money.

Done deal: The #Falcons are trading former NFL MVP Matt Ryan to the #Colts for a 2022 third-round pick, sources tell me, @RapSheet and @MikeGarafolo.

Good for Indy. And after the last few days…good for Matt Ryan. https://t.co/dpoUSNGmQB

Matt Ryan never asked the Falcons for a new contract — that was not a part of the equation, per sources. He just felt like the time had come to move on from Atlanta. Ryan signed off on a trade to Indianapolis because he felt like the Colts have a roster that's built to win now.

Matt Ryan has already had a very lucrative and successful NFL career. Since debuting in the NFL back in 2008, he has brought home $267,007,749 on the field (not including endorsements).

This Trade Came Together Fast!

This was roughly two hours before his trade to the Indianapolis Colts was announced. The NFL’s top insiders were phrasing it as a likely possibility.

From NFL Now: The #Colts have emerged as the likely landing spot for #Falcons QB Matt Ryan, and the two sides are in talks. If Ryan is traded, it’ll almost certainly be Indy. But nothing is done as of now. pic.twitter.com/TJqqG25Z2x

It’s to the point now where many around the league would be surprised if Matt Ryan to the #Colts doesn’t happen. https://t.co/uyR4YSYaNw

What’s Next For The Atlanta Falcons Without Matt Ryan?

The Atlanta Falcons need a starting quarterback now. I’ve already seen Marcus Mariota named by Rapoport as a possible candidate and it seems like Jimmy Garopolo could be a possible fit for their QB vacancy. And Baker Mayfield is done in Cleveland, will Atlanta come knocking??

A new QB for the #Falcons…? https://t.co/3lrFaReEiS

At the end of the day, the Atlanta Falcons were never going to compete for the NFC South title next season with or without Matt Ryan. The Tampa Bay Buccaneers pretty much have the division locked up with Tom Brady. So at least now they’re being honest with themselves about rebuilding in a new era without Matty Ice.