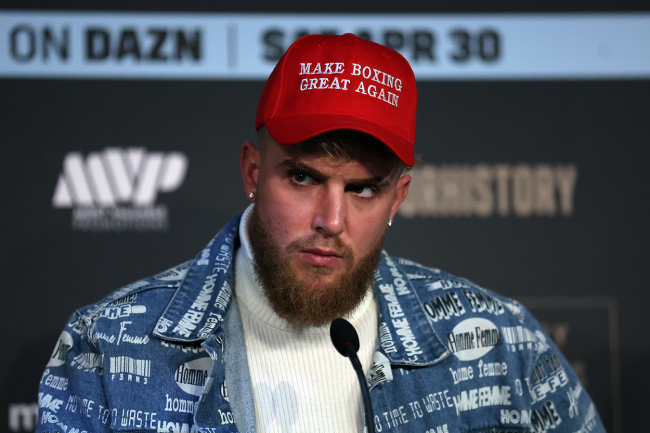 Jake Paul has already made the crossover from YouTuber to boxer. Now he is saying that the NFL is next.

The 25-year-old stopped by the Dallas Cowboys team facility on Friday and finished his tour by running some routs on the practice field. After leaving, he took to Twitter with a video of him making what he thinks is a toe-drag swag catch.

Amazing visit today with the @dallascowboys

Excited for my road to the NFL pic.twitter.com/tU4RRhy6TM

However, there are a lot of questions about whether Jake Paul’s feet were in bounds.

Yes. Go to the booth.

The tape appears to say otherwise.

I think that toe is out 🧐 pic.twitter.com/wl2mOTAu4o

And yet, depending on where you stop the video, he might have tapped his right toe to the turf before stepping out of bounds. It doesn’t look like his foot was all of the way down, but the call would be determined by the call on the field. He might have been in.

But, at the same time, he also appeared to be out. His toe is on the line.

No catch tryouts are over! 😁💀 pic.twitter.com/oXELaT3eJ1

Either way, Paul is adamant that he was in. He also seemed to be adamant (though surely for the engagement) that he wants to play in the NFL and posted his numbers.

For those wondering I play slot receiver here are my stats:

When people continued to push back on his inability to make a career as a professional football player, Paul tripled down.

Wait… remember when people said I couldn’t box? Then become highest paid boxer, undefeated, and knocked out everyone I fought.

If, some how, some way, Paul could even get an NFL tryout, it would be impressive. In the meantime, he should work on getting both feet down.