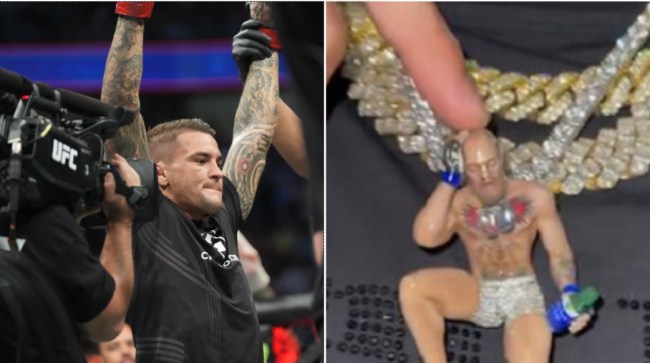 Dustin Poirier has been more than happy to troll Conor McGregor, who he felt crossed the line with his trash talk during fight week, after McGregor brutally injured his leg during a freak accident at UFC 264.

After the fight, Youtuber turned boxer Jake Paul offered to give Poirier his $100k “Sleepy Conor McGregor” chain for beating the Irishman on Saturday night.

aye @DustinPoirier want me to ship this to you?

I think you deserve it

Poirier accepted Paul’s gift and told him to send it over.

As for McGregor, he vows to return to the Octagon to face Poirier who he says is celebrating an “illegitimate win.”