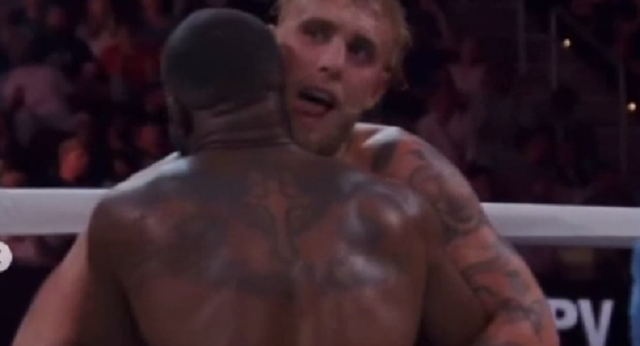 Jake Paul got a bit weird during his fight against Tyron Woodley last week.

Last week Paul was seen licking his gloves while boxing Woodley which caught fans off guard.

Why he lick his gloves like that 😂😂😂💀💀💀 @jakepaul v @TWooodley pic.twitter.com/GFQtgVHkut

Newly released ringside footage from Showtime shows Paul actually tried to lick Woodley’s neck while the two were tied up against the ropes.

I’m not sure why Paul would want to lick Woodley but nothing he does makes much sense.

To watch behind-the-scenes footage of the Jake Paul-Tyson Woodley make sure to check out Showtime’s All Access show below.