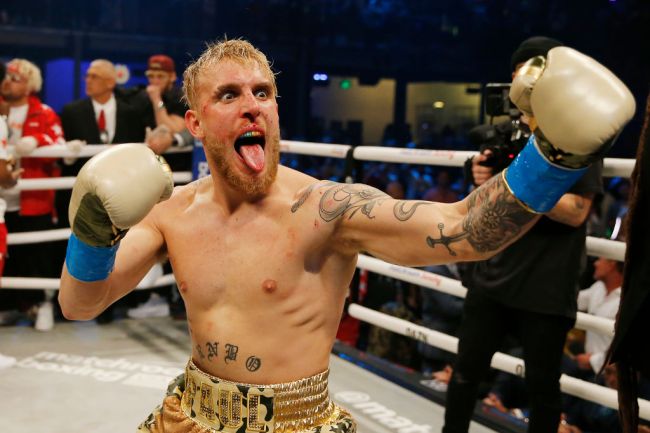 Belfort went on to say he wanted to teach Paul a lesson for disrespecting boxing and was going to make the Youtuber call him “big daddy.:

On Monday, Paul went on Ariel Helwani’s MMA Hour show and fired back at Belfort. Jake told Helwani that he’s not scared of Belfort and is willing to fight him if he puts the money in escrow.

.@JakePaul claps right back at @VitorBelfort's text message to @arielhelwani live on the #TheMMAHour:

"I'm going back-to-back-to-back on these bitch-ass MMA fighters. … F*ck all of you."

“Put the funds in escrow…the notion that these MMA fighters think I’m scared of them is just funny or that I’m running away, I have fought four times in the past two years, you can’t really fight more than that if you’re fighting big fights…I’m going back to back to back on these bitch ass MMA fighters, line them up and I will take all of them down. ”