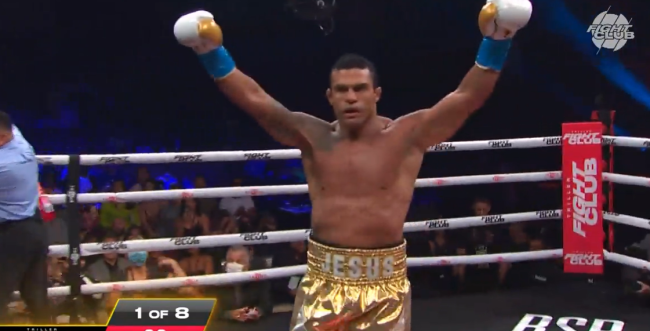 The Vitor Belfort-Evander Holyfield fight didn’t last very long and the former UFC champion already has his eyes set towards his next challenge.

In just the first round of the fight, Belfort swarmed Holyfield and the ref stopped the fight.

Who do you think would win a pro #boxing bout between @jakepaul and @vitorbelfort?#TRILLERFIGHTCLUB LIVE RIGHT NOW ON #FITE!