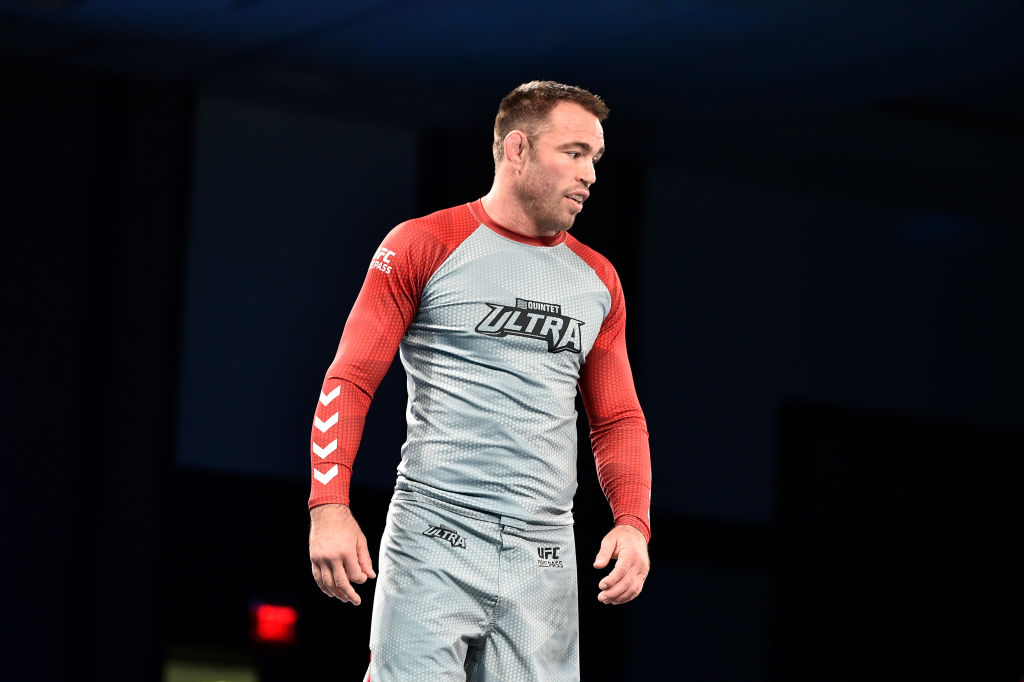 Things got heated between retired UFC fighter Jake Shields and Mike Jackson at the UFC performance institute on Friday.

In a video posted on the Internet, Shields, who is outspoken on social media about his political beliefs, was seen on top attacking Jackson for calling him a “Nazi” on Twitter.

This racist is lucky so many people were there to save his pathetic racist ass pic.twitter.com/90luT0YjfG

Jackson continued his beef with Shields on Twitter after the attack.

A nazi just did a thing. @jakeshieldsajj is such a vile thug.

I appreciate this thug for documenting his white fragility. Best way to hurt a nazi, hit those pockets. https://t.co/qwxaV3qPlB

Lol! This dude had his whole team there. Thugs will be thugs. https://t.co/MVK4ZFI7dD

Shields went on to challenge Jackson to come out to Xtreme Couture gym to fight.

Come to XS now we will get a ref unlees your a coward pic.twitter.com/eGdxHGAoQl

Hey @danawhite can I come back and retire Mke Jackson

Nobody likes that racist clown